T47, the new indoor sports centre underneath London Bridge Station, raised £1,400 for the Kids Company charity at its launch event on Monday night. 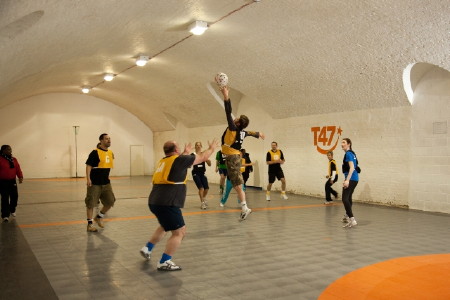 T47 has three multi-sports pitches in adjacent railway arches, as well as a small archery range 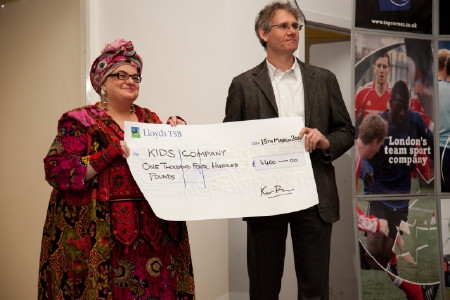 It is part of Top Corner, a social enterprise that has been running football and netball leagues across London for some years, including competitions in SE1 at the Colombo Centre and Geraldine Mary Harmsworth Park.

Now the firm has three all-weather pitches of its own which can all be used for a range of sports. Already 50 teams play in leagues at T47 each week. Whereas most of Top Corner's leagues had to be suspended during the heavy snowfall in January, it was business as usual at T47.

The teams earned points towards the Superteams trophy which was awarded to the team from law firm Freshfields who scored a total of 120 points.

Kids Company founder Camila Batmanghelidjh joined in the festivities at T47 and was presented with a cheque for Ł1,400 at the end of the event.

"Participation in sport helps young people emotionally and educationally and we are proud to be associated with the launch of such an exciting new venue for London," said Camila.

"We believe sport can play a huge part in developing vulnerable children's confidence and plan to invest in more ways to encourage sport for at-risk inner-city children and young people.

"We are very grateful for the support from T47 and the generosity of the teams that came along to compete tonight."

T47 has an ongoing commitment to support Kids Company, provides practical, emotional and educational support to vulnerable inner-city children and young people from its bases in Camberwell, Decima Street and Blackfriars Road.

"We would like to thank everyone that took part and donated generously to Kids Company. The charity has been using the centre free of charge for some weeks now and the aim is to develop a strong activity programme for young people at T47."

You don't have to be part of a team to use the facilities at T47 – there is a drop-in kickabout at 11am on Saturday mornings.