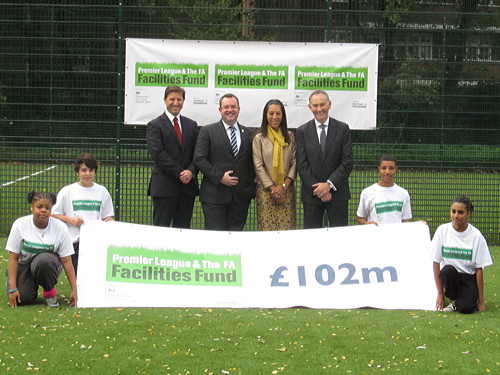 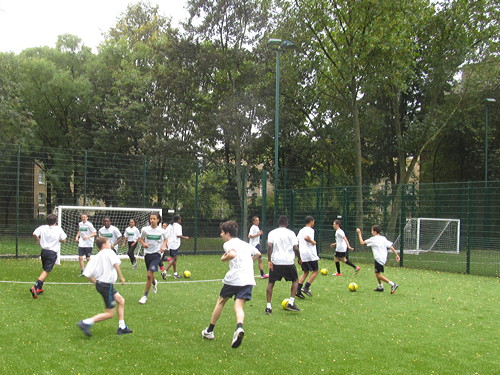 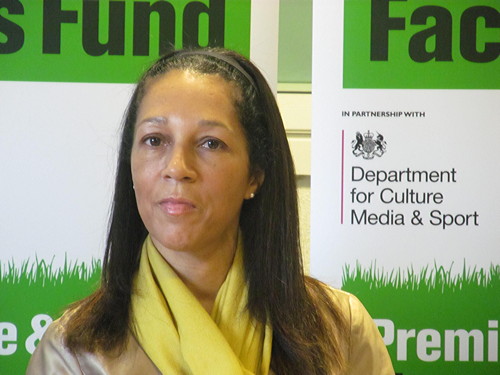 Helen Grant at the press conference in the London Nautical School 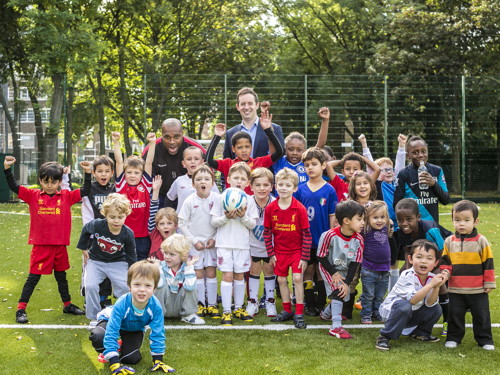 The Soccertots group uses the pitches every Sunday

The minister was joined at the London Nautical School by representatives of the Football Foundation, the Football Association and the Premier League for the launch of a £102 million three-year programme of grants for new or refurbished grassroots football facilities.

The school was chosen to host the event because it is adjacent to the recently refurbished 3G artificial football pitches on Hatfields which are run by the Colombo Centre.

She joked that the Colombo Centre runs "the most talked about football pitches in England" as the amateur matches played there are mentioned on air by talkSPORT presenters "almost hourly".

In January this year the Football Foundation awarded a £77,920 grant to upgrade the two pitches which were showing signs of wear and tear after eight years of intensive use by around 500 people a week.

The Colombo Centre also received a £20,000 grant from the Mayor of London's sports facility fund to contribute to the 3G pitch refurbishment.

The total cost of the refurbishment project was £120,000 with the rest of the funding provided by Colombo Centre with support from Jubilee Hall Trust.

More than 250 local school children use the pitches every week. The pitches are also used by 30 ‘soccer tots’ aged 3-9 for fun football games and training with FA qualified coaches every Sunday and there are four targeted youth football training sessions weekly for 8-19 year olds.

In addition community groups such as SE1 United and Kids Company are given free access to the pitches to run football training sessions, tournaments and matches.

Commercial football league Top Corner also uses the pitches with the income from the league subsidising free community access to the facility.