London South Bank University's flagship K2 building on Keyworth Street was evacuated on Monday when a small amount of ammonia vapour leaked into the building. 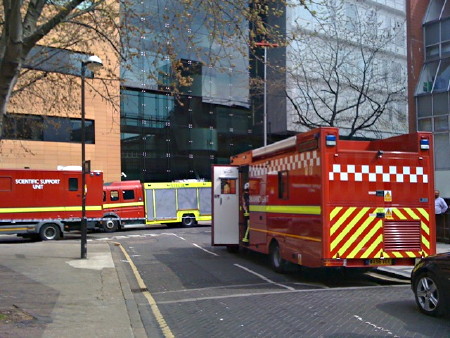 "During the installation of new equipment into one of LSBU's buildings, a small amount of ammonia vapour leaked into the building," said pro vice chancellor Dr Mike Wilkinson.

"The emergency services visited the site as a precautionary measure and evacuated the building whilst they carried out environmental testing.

"The source of the leak was contained and the building declared safe today. Lessons will resume as normal in the morning."

The London Fire Brigade's scientific support unit was summoned to the scene.

The K2 block opened at the start of this year and is the new home of the university's faculty of health and social care.