Southwark Festival of Music and the Arts relaunched

Just over a decade since the last Southwark Festival was held, a new celebration of music and the arts in the borough has been launched by the Southwark Chamber of Commerce. 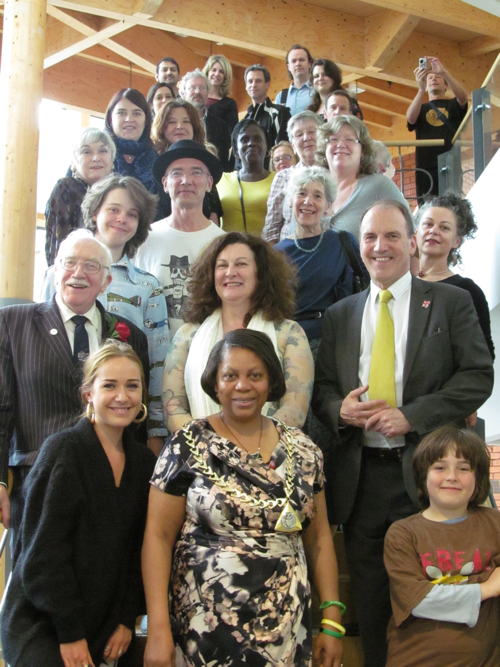 The 2012 festival was formally opened on Tuesday by the Mayor of Southwark, Cllr Althea Smith, at London South Bank University's Keyworth Centre.

The launch event was also attended by Simon Hughes MP and Cllr Veronica Ward, Southwark's cabinet member for culture, sport and the Olympics.

The festival committee is chaired by Ken Hayes, secretary of the Southwark Chamber of Commerce.

“This revival of the annual Southwark Festival of Music and the Arts, which ran throughout the 1990s, is supported by the Southwark Chamber of Commerce and its associates," explained festival director Diana Stevenson.

"It has been organised so that visitors to Southwark, local businesses their staff and residents, can celebrate and enjoy the great shopping eating and drinking places that there are in this area of London, when they are not attending Olympic events.

"We have combined free events with ticketed events so that all can enjoy excellent music and art. We hope to make this celebration of our cultural heritage here in Southwark an annual event in the summer festival calendar.

This year's line-up features two concerts at St George's Cathedral, a free orchestral concert at Hay's Galleria and a multimedia exhibition of works by local artists at the Keyworth Centre.

Souvenir festival programmes are being sold in aid of the Southwark Young Pilgrims project which trains local teenagers to provide tourist information.

• See the schedule of festival events