Brooke Kinsella has endorsed David Cameron as the next Prime Minister during the Conservative leader's visit to Church.co.uk in Kennington Road. 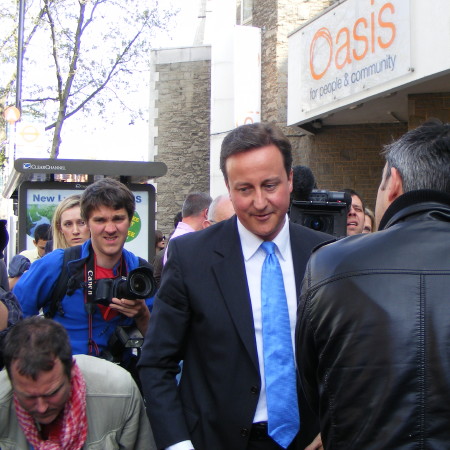 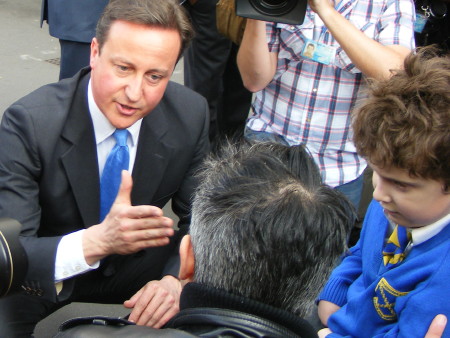 The media circus that accompanies the general election campaign came to North Lambeth on Tuesday morning.

The former EastEnders actress joined David Cameron who was addressing a Centre for Social Justice event on Mending a Broken Society. Among the other guests was shadow home secretary Chris Grayling.

Brooke Kinsella, whose 16 year old brother was stabbed to death last year, told the meeting she wanted to put her faith in a government that would make the streets safe again.

"I do think that David Cameron and the Conservatives will do this," she said. "Their policies on knife crime seem to be the toughest."

Speaking about the Labour record she said: "The Government does need to help, and although they care, I do not think they have done enough."

Ms Kinsella has been invited to head a panel of three or four young people who would help a Conservative government identify how grants are distributed to voluntary groups tackling youth crime in the 100 most deprived wards in the country.

"I think it is time to be honest about what has been happening in our country," said David Cameron in response to Brooke Kinsella's speech.

"As I have argued for many years now, these acts of murder and abuse are just the most violent and horrific expressions of what I have called the broken society.

"I know I've been criticised for saying our society is broken and I know I will be again. But I am saying this as I see it."

Mr Cameron, leaving by a side door, was stopped by Streatham resident Jonathan Bartley of Christian think tank Ekklesia who was anxious about schooling for his young disabled son. The Tory leader spent some time talking to the father and son.