A memorial to a local hero who was awarded the Victoria Cross for his bravery in the Zeebrugge raid of 1918 has been unveiled in Tower Bridge Road. 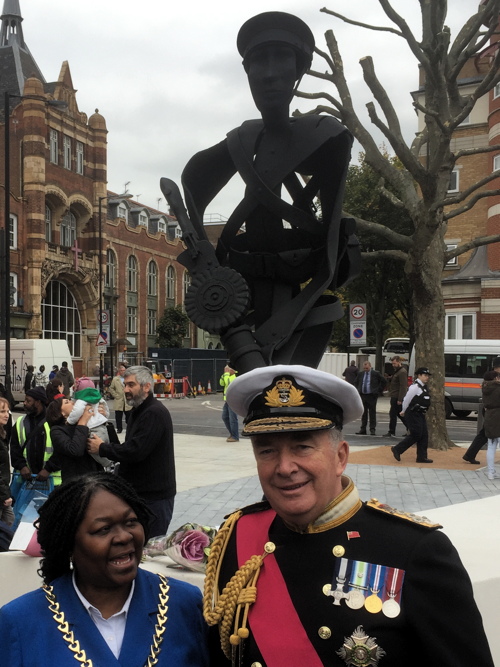 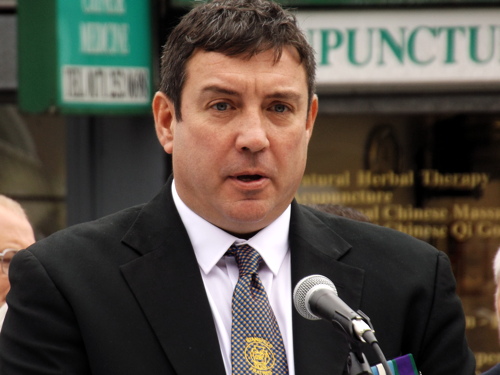 Paul Keefe, chair of the committee that raised funds for the memorial 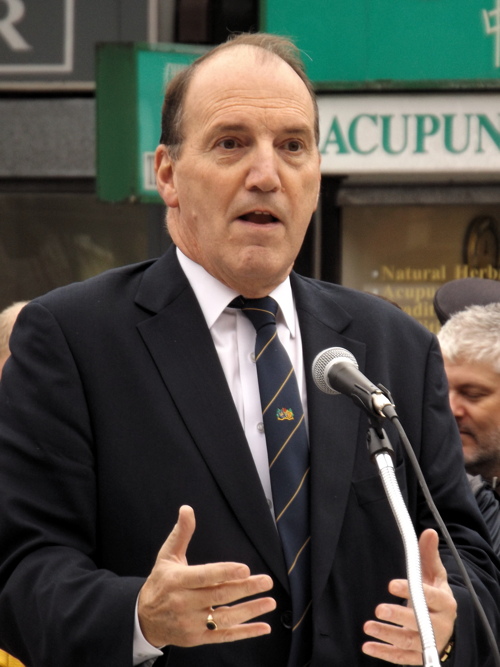 Sir Simon Hughes, former Bermondsey MP, has been a long-term supporter of the project 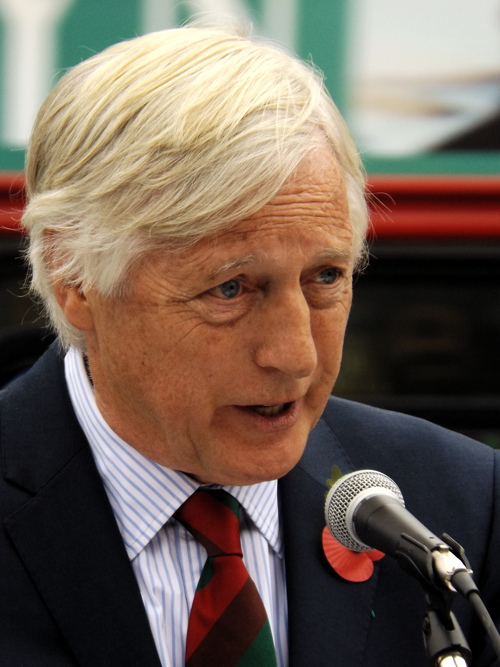 Colin McKenzie spoke on behalf of the family 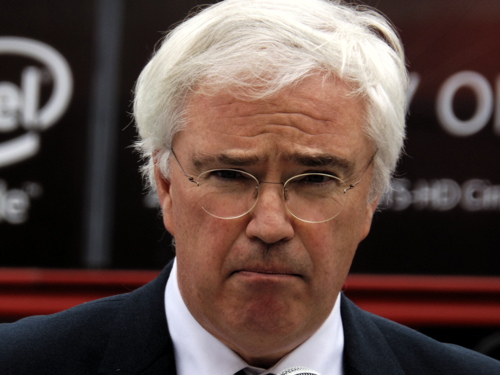 Carl Dealuwé, governor of West Flanders, travelled from Belgium to be present at the ceremony 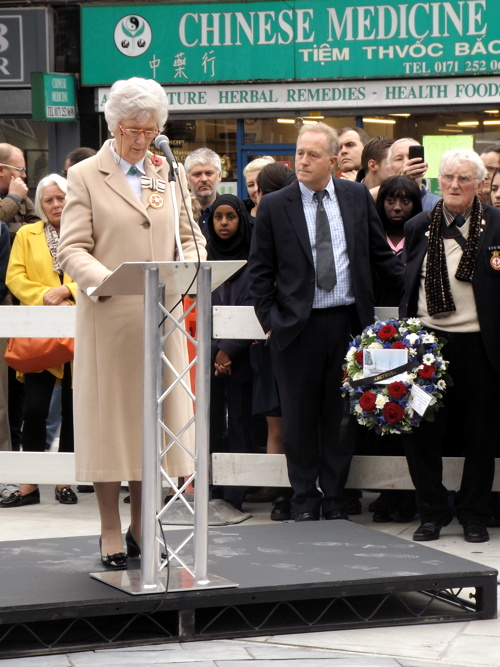 Jenny Bianco, deputy lieutenant for Southwark, read a message from the Queen and placed a wreath at the memorial 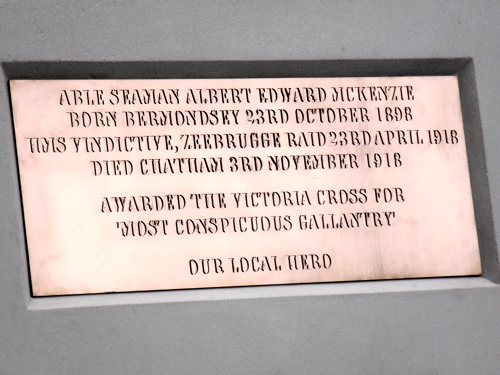 The inscription at the base of the memorial 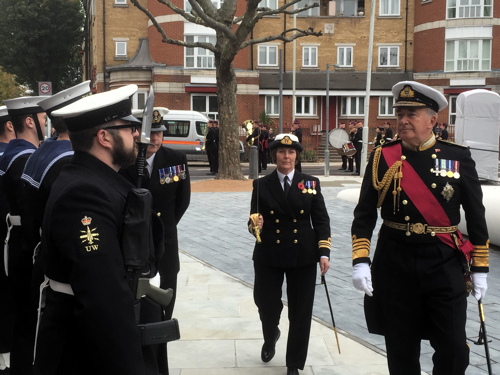 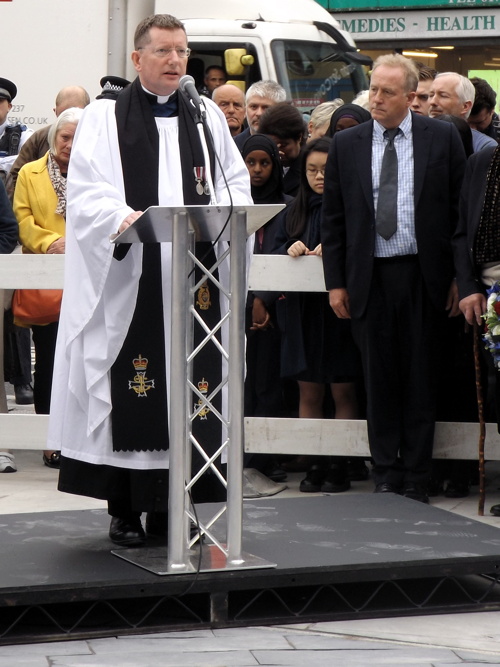 The memorial was blessed and dedicated by a Royal Navy chaplain 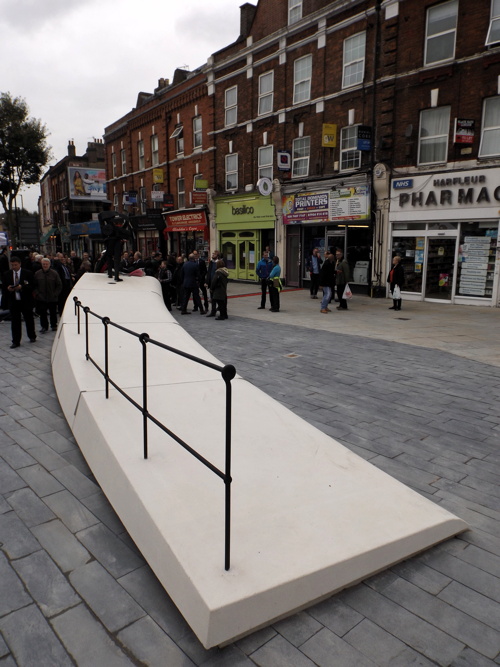 Born in Alice Street, McKenzie was an able seamen in the First World War who took part in the famous Zeebrugge raid of St George's Day 1918. While most of those with him were killed, Albert McKenzie saw off several enemy troops in the harbour at Zeebrugge, leaving him severely wounded but ultimately able to survive.

McKenzie, who lived in Shorncliffe Road, was awarded his VC by George V in August 1918 but caught influenza which, because of his weakened resistance after his injuries, led to his death on 3 November 1918, just days before the armistice.

It is five and a half years since a fundraising campaign – spearheaded by Paul Keefe of the Stansfeld Oxford and Bermondsey Club – was launched with the aim of creating a permanent memorial to Albert McKenzie.

The memorial – which stands on a plinth designed to evoke the harbour wall at Zeebrugge – has been created by local architect Tim Wood and local blacksmith Kevin Boys.

Messages from the Queen and prime minister David Cameron were read out during the ceremony.

McKenzie's VC medal is on display in the Ashcroft Gallery at the Imperial War Museum.