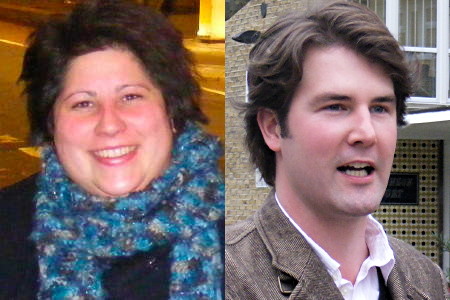 The new opposition leader is 29-year-old Riverside councillor Anood Al-Samerai. She replaces Nick Stanton who resigned last week in the wake of his party's defeat in the local election held on 6 May.

The Lib Dems, who had run the borough in coalition with the Conservatives, won 25 seats with Labour picking up 35 seats and regaining control of the council after eight years in opposition.

Anood is Southwark born and bred and currently works as the office manager for Simon Hughes MP.

She has been a councillor for just two and a half years, having been first elected at a by-election in December 2007.

She stood as the Lib Dem parliamentary candidate in Ilford South in the recent general election.

"I am delighted to have been elected as leader of a fantastic team of Liberal Democrats in Southwark," says Cllr Anood Al-Samerai. "Having grown up in this borough I am determined to make sure that every member of our community can achieve their aspirations and potential.

"These are extremely exciting times for our party and the views and concerns of residents in Southwark will always be my priority. I am proud to be a Liberal Democrat and I am proud of all that we have achieved in Southwark. My special thanks go to Nick Stanton, who has proved to have been an outstanding leader of the council. The transformation of the borough – and particularly the achievement of our schools is down to his vision and leadership.

"We are all completely committed to the people of this borough and will continue to work hard for all our communities all the year round."

The Liberal Democrat group has also chosen its nominees to chair the local community councils.

Bermondsey Community Council is likely to be chaired by South Bermondsey's Cllr Paul Kyriacou. Until the election he held the environment portfolio on the executive.