More than 100 children from Lambeth and Southwark aged between 9 and 16 auditioned to perform in the support cast for the production of The Railway Children at the old Waterloo Eurostar station on Saturday. 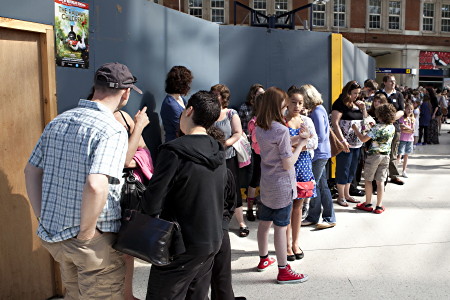 Children's auditions for The Railway Children (Photo by Richard Davenport) 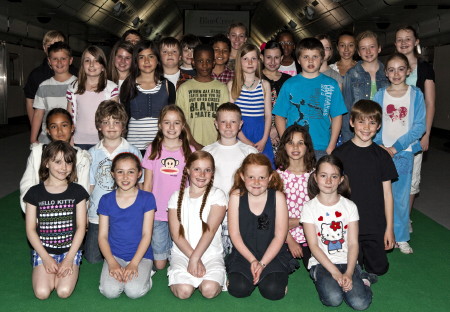 Children's auditions for The Railway Children (Photo by Richard Davenport)

The Railway Children will be performed over the summer in the former Eurostar terminal at Waterloo Station. Previewing from 4 July and booking until 4 September, The Railway Children comes to London after two sell-out seasons at the National Railway Museum in York.

Rehearsals begin on 1 June for four weeks. Once the show is open each of the young actors will be required to perform a minimum of 18 performances between 3 July and 4 October.

The Railway Children tells the story of Bobby, Peter and Phyllis, three children whose lives change dramatically when their father is mysteriously taken away. They move from London to a cottage in rural Yorkshire with their mother where they befriend the local railway porter and embark on a magical journey of discovery, friendship and adventure. But the mystery remains – where is Father, and is he ever coming back?

Directed by Damian Cruden, Mike Kenny's adaptation of E Nesbit's novel will be performed in a specially created auditorium with the audience seated either side of the railway track.

The action takes place both on the track and on the platforms either side. The production, which uses the gentlemen's saloon carriage from the classic film, will also feature a steam locomotive from the National Railway Museum.

E Nesbit's much-loved children's book was first published in 1906 and has subsequently been adapted for the stage and screen, most famously in the 1970 film version directed by the late Lionel Jeffries and starring Jenny Agutter, Bernard Cribbins, Dinah Sheridan and Sally Thomsett.

The production has been made possible with the support of BRB (Residuary) Ltd and Network Rail. The production is in support of the Railway Children charity that aims to help homeless and runaway children throughout the world, with Ł1 per ticket sale donated to the charity

In addition there will be a photographic exhibition mounted by the Railway Children charity and a schools project 'What Does Home Mean to Me?'.