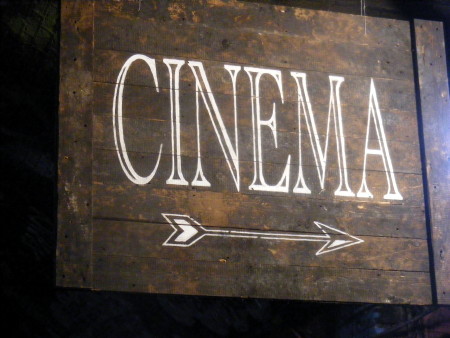 The entrance to 'The Lambeth Palace' is deep below Waterloo Station

Leake Street, which links Lower Marsh with York Road, came to national prominence with the Cans Festivals of street art held in May and August 2008.

In 2009 The Old Vic teamed up with Punchdrunk to stage a free site-specific theatre show called Tunnel 228 in the railway arches alongside Leake Street.

Last week the Waterloo theatre, which is run by Kevin Spacey, announced that the space will now be known as the Old Vic Tunnels and will be used for a range of work during the course of the year.

The Old Vic Tunnels season will culminate in a major production called PLATFORM which will see 100 Londoners creating a new piece of theatre for the space. The Old Vic will host open auditions and anticipates a total audience of 4,000 people throughout the 10 performance run. Tickets to the event will be free of charge.

Local residents can find out more about The Old Vic's plans for the space at the South Bank Forum meeting on Thursday 11 March.

Banksy's pop-up 150-seat cinema, called The Lambeth Palace, is showing Exit Through the Gift Shop twice daily till 4 March. Tickets cost £8.50 including a donation to the Railway Children charity.

Tickets were available at www.banksy.co.uk/cinema.html but the run has now sold out.