Elephant & Castle artist Reuben Powell is opening his studio to visitors during the London Festival of Architecture. 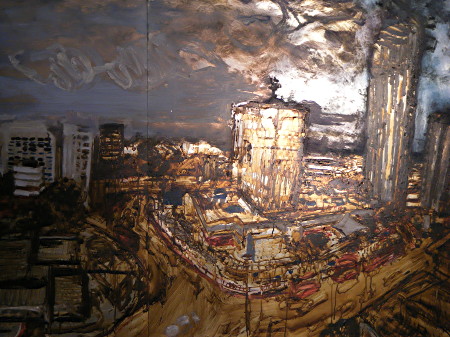 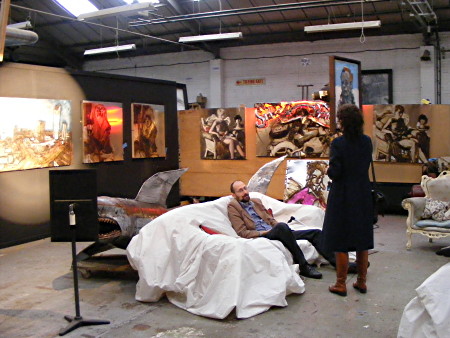 He moved into the the former garage in Newington Causeway last September. The large building dates from the 1950s when it was purpose-built for Autocar. Those known to have had vehicles serviced there include Harold Wilson and Petula Clark.

The space with a high roof is now filled with many of Reuben Powell's large paintings and drawings of the Elephant & Castle in transition.

Notable is a study for the major Elephant & Castle painting in the atrium of the Southwark Council building in Tooley Street.

But there are even larger pictures of the Elephant which have been produced by primary school children inspired by the view from the top of the top of the London College of Communication.

The Globe Academy has recently used the studio for its examination art show. Future plans include working with pupils of Victory School recording the demolition of the Heygate Estate.

Reuben Powell is also showing his work not related to the area's regeneration.

All works, except the portraits of his parents, are for sale including limited edition Elephant & Castle prints.

A special feature is the Mechanical Sky, a sixteen frame painting in oil on tin plate steel, activated by the visitor.

Life drawing classes will be resumed in the studio every Wednesday from September.