The Bishop of Southwark, Rt Revd Christopher Chessun, has rededicated two memorials to officers of the Metropolitan Borough of Camberwell who were killed in the First and Second World Wars. 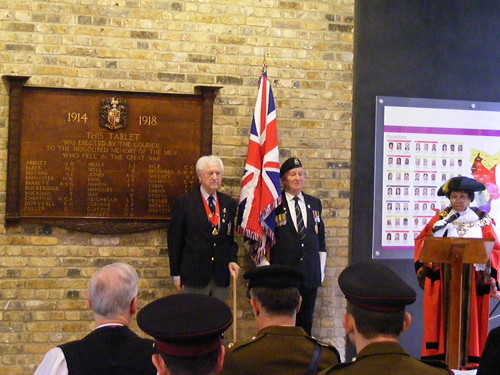 Mayor of Southwark Althea Smith speaking at the rededication ceremony 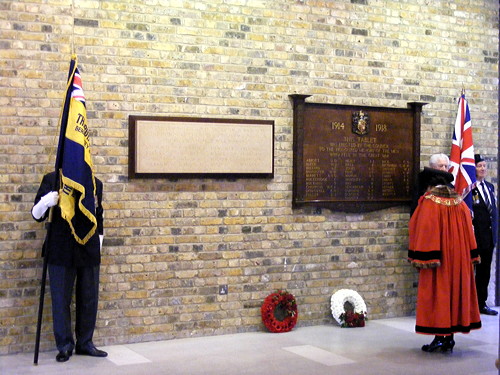 The Mayor lays a wreath in front of the memorials 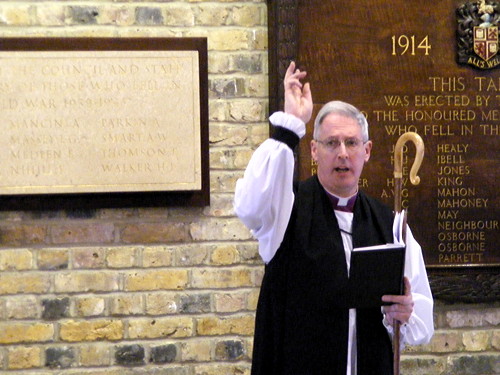 The memorials have been relocated to the foyer of Southwark Council's 160 Tooley Street headquarters from the old Southwark Town Hall in Peckham Road which is being sold to Alumno Developments for use as student accommodation.

The borough of Camberwell was one of the three metropolitan boroughs which merged to form the modern borough of Southwark in 1965.

At Wednesday morning's rededication ceremony deputy lieutenant Jenny Bianco read the names of the 31 Camberwell council officers killed in the First World War and Southwark Council chief executive Eleanor Kelly recited the names of the 16 who died in the 1939-1945 conflict.

"It's important that we bring these war memorials here to this building so that the current generation of staff at Southwark Council can daily pay tribute to those who were employed by this council or its predecessor and gave their lives during World War I and World War II," said Cllr Peter John, leader of the council.

Wreaths were laid in front of the memorials by Jenny Bianco, Mayor of Southwark Cllr Althea Smith and Major Andrew Church representing the armed forces.

An act of commitment to peace and justie was led by Hindu priest Shri Bankim Gossai. Guests at the ceremony included Simon Hughes MP, senior councillors and officers and several past mayors of the borough.

The council has recently bought the freehold of the Tooley Street office block and plans to consolidate the building's status as the borough's civic centre.

The space in the foyer of the council's offices where the memorials have been installed was previous occupied by a large-scale painting of Elephant & Castle by local artist Reuben Powell.

To make way for the memorials the artwork had been relocated to the entrance hall of the old town hall in Walworth Road and is now among the many treasures feared lost or damaged in this week's massive fire.