A bronze sculpture by Southwark-based artist Sokari Douglas Camp is to be displayed in Potters Fields Park next to City Hall for a year. 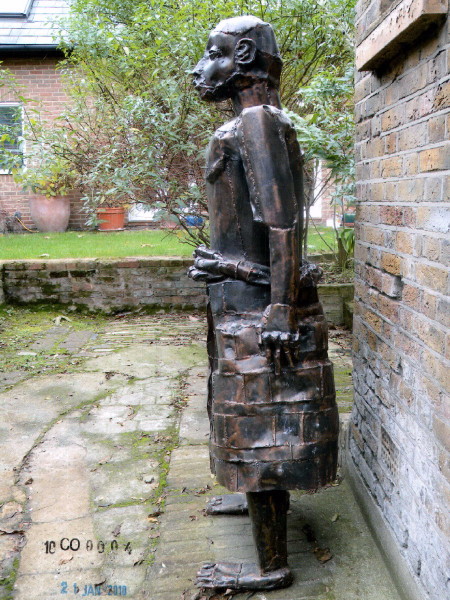 The 1.9-metre bronze sculpture depicts a man in indigenous clothing standing on a terrazzo plinth bearing the words 'From our rich ancestral life'.

The figure is the first in a series of six works which are intended eventually to be installed in Burgess Park as a memorial to the abolition of the slave trade.

Nigerian-born British artist Sokari Douglas Camp, a Southwark resident for 22 years, told the committee that the sculpture is intended to encourage people to think about celebrating the abolition of slavery.

"Living in this borough at this time, I feel that children of all colours, but especially black children, need encouragement to believe in people around them.

"The fact that we have this heritage should be celebrated because we're here and we've survived."

Anya Whitehead, Southwark's head of culture, said: "It's quite important that the first figure does get exhibited on Potters Fields Park and is in that cultural quarter before the whole piece with six figures moves back to Burgess Park.

"It is important that a wider public encounters it. The figures will be produced successively and we are planning to display them in different areas."

The sculpture could be installed in Potters Fields Park, on the section of lawn closest to City Hall and the river, later this month.

• Southwark Council has announced a series of consultation events to help shape the plans to transform Burgess Park.