ITV has applied for permission to display its logo on the top of its studio complex on the South Bank. 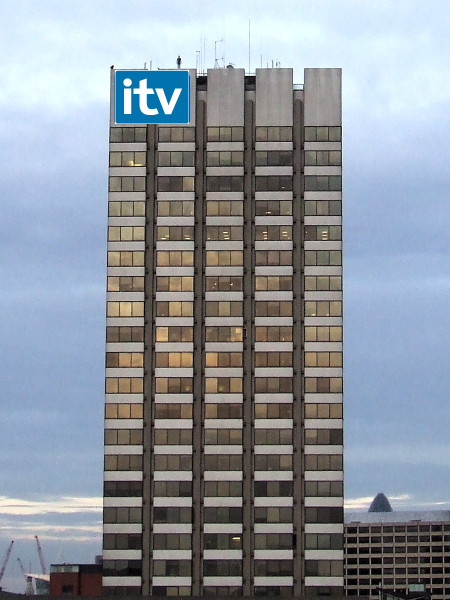 Mock-up showing approximate location and extent of the proposed signs

The 27-storey tower, previously known as Kent House and latterly the home of London Weekend Television (LWT), dates from 1972.

The tower is the base for many of ITV's staff whilst the studio complex at the lower levels is the home to productions including This Morning and GMTV (soon to be relaunched as Daybreak).

The broadcaster has submitted an application to Lambeth Council for advertisement consent to display four large illuminated logos at the top of the tower.

Each logo would be 9 metres wide and 6.5 metres high.

• Details of the application can be found here; the consultation period is open until 26 July.