ITV is planning to build a 38-storey tower with up to 270 flats on the site of London Television Centre on the South Bank. 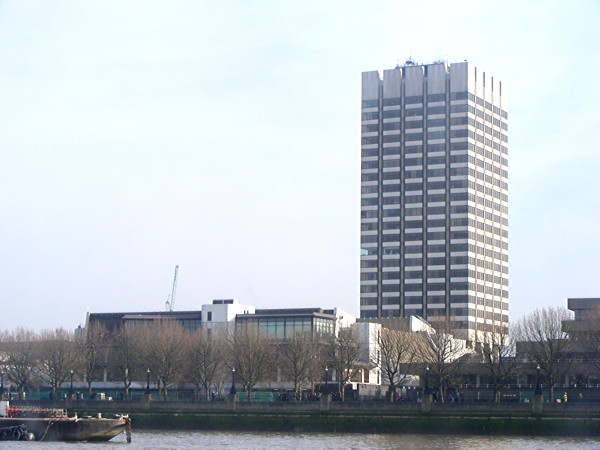 The television company revealed its aim to redevelop its South Bank headquarters in February this year.

The studio complex is home to programmes including Good Morning Britain, This Morning and Loose Women.

Now further details of ITV's intentions for the site have been made public in a pre-planning document submitted to Lambeth Council.

Under the plans, the existing 25-storey Kent House tower built for London Weekend Television in the early 1970s would be demolished.

"The redevelopment would see the demolition of the existing structures, including the ITV Tower, to be replaced with a state of the art television, office, and studio accommodation incorporating a residential tower of up to 38 storeys," says ITV's environmental impact assessment scoping report submitted to Lambeth by consultants at Cundall.

The 38-storey tower would contain as many as 270 homes.

The document adds: "The podium structure aspect of the proposals would see the main podium structure spanning across 6 storeys flanked by two tower elements along the Queen's Walk frontage, the eastern and western blocks being 9 storeys and 14 storeys in height respectively."

ITV will temporarily relocate its headquarters elsewhere in London whilst the South Bank site is redeveloped.

ITV bought the freehold of the site for Ł56 million in 2013.