Johanna Primary School in Waterloo has received a positive Ofsted report which rated the school as good with outstanding features. 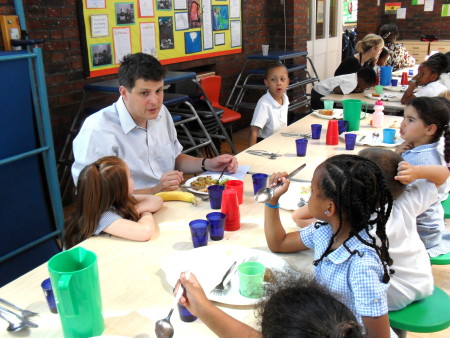 The report which was released last week highlights the improvement the school has made since its last inspection in 2007 which awarded a "satisfactory" rating.

It commends the schools spiritual, moral, social and cultural development of the pupils saying: "School councillors and eco-warriors spoke very proudly of their jobs and are key partners in making the school an environmentally friendly place. They are proud of the talents in their school."

The inspectors said: "Many children arrive speaking very little English, make excellent progress and leave at the end of Reception with language and literacy skills as expected for their age."

Headteacher Di Morgan said: "I am delighted with the findings of this Ofsted inspection. It is a true reflection of the hard work and constant striving for improvement that my staff and I have invested in the three years since the last inspection."

Johanna Primary School aims to give its pupils a wide range of interesting visitors and exciting outings to enhance the pupil's experiences which they may not otherwise have.

This can be seen in the variety of extra curricular activities the school has to offer such as a gardening club and karate lessons.

Also the school has a thriving after-school club that looks at many different topics.

It aims to increase the children's awareness of other cultures by celebrating festivals such as Chinese new year and St Patrick's day.

Also it suggests that able pupils should be challenged so that they can reach their full potential.

The school's healthy lifestyle initiative was also mentioned in the report and this has been given another boost as the school has been chosen as a runner up in the Capital Growth Schools Competition.

They designed a garden that could cope with climate change and have won more plants to grow and tools to help them do this.