Trustees of Waterloo Action Centre gathered outside the building on Wednesday to pay their respects as the funeral cortege of Wally Lawrence, who saved what was then the Waterloo Library building during the Blitz, passed by. 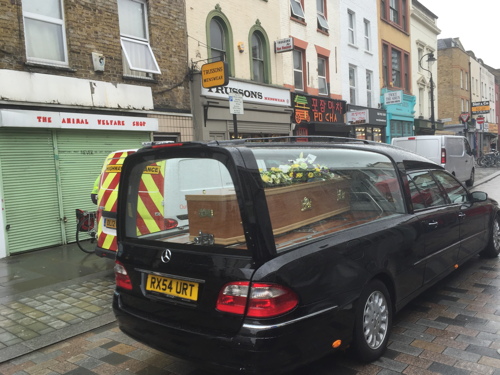 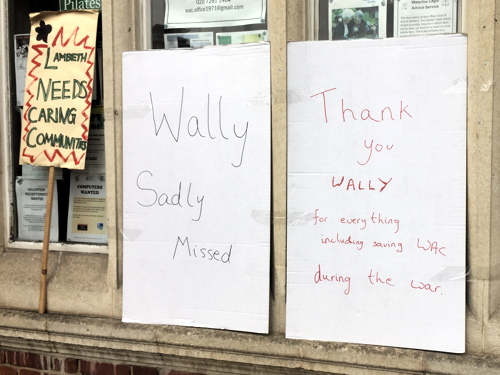 Wally Lawrence for many years ran the pet shop in Lower Marsh which occupied the premises where Cafe del Marsh is now situated.

His father had been in the cat and dog food trade, delivering fresh meat daily before the advent of canned dog food.

Wally grew up locally and was educated at Johanna Primary School.

During World War II – before joining the forces – Wally served in the Auxiliary Fire Service, operating from the basement of the local library (now Waterloo Action Centre).

"They were there to put out the incendiary bombs that were falling at the time ..." said Jenny.

"One of the bombs that fell was on WAC, and he and a colleague got to it before it caught fire and put it out, otherwise we wouldn't have a WAC at all.

"So when we were going in for a competition in Lambeth to see which charity would get Ł50,000, I thought the best thing to do would be to get Wally to sign the last of the voting forms and put it in the last possible post.

"And it worked. We won. We've got a beautiful new disabled toilet and a few other things as a result."