A new bereavement centre opened this week at Guy's Hospital to provide better support for bereaved relatives, friends and staff. 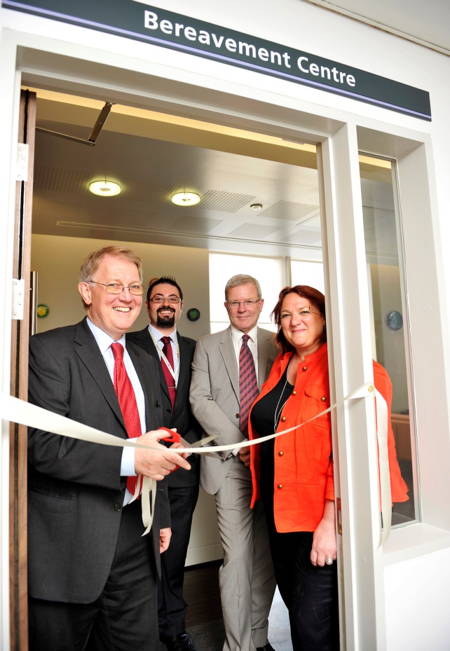 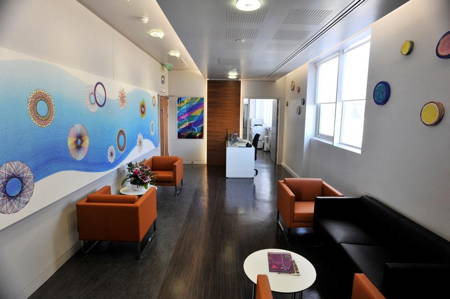 The new centre is located on the 12th floor of Guy's Tower and offers panoramic views over London.

As well as being carefully designed to take into account visitors' different needs and faiths during what are usually difficult times, the centre has also benefited from a Ł16,000 grant from Guy's and St Thomas' Charity for a contemporary wall-based artwork. The Friends of Guy's Hospital provided a grant of Ł13,660 for new furniture in the centre,

As part of its new environment, the bereavement centre offers a private space where people can complete the necessary paperwork and receive any assistance needed following the death of a relative or friend.

Hospital bosses say that this is a significant improvement on the previous centre which was housed in a windowless office near the hospital's post room.

The striking wall-based artwork, which features a collection of ceramics, is intended to enhance the calm environment of the bereavement centre. Designed by renowned artist Marta MarcĂ©, it is based on the theme of 'transformation' – in relation to the transformation of energies – and depicts the flowing sensation of life moving on.

Professor Richards formerly worked as an oncologist at Guy's Hospital and as professor in palliative care at St Thomas' Hospital. He was joined by trust chairman Patricia Moberly, and chief executive of Guy's and St Thomas' Charity Peter Hewitt, as well as members of the bereavement centre and mortuary team and others involved in end of life care.

"I'd like to congratulate the team here and all the other people and organisations who made it possible," said Professor Richards.

Simone Anderson, senior biomedical scientist, research and governance manager, said: "I believe the new bereavement centre demonstrates the trust's commitment to ensuring that bereavement services are delivered in an environment that is sensitive, modern, fit for purpose and most of all, safe and calming for the bereaved to be in."

• The Modernisation Initiative End of Life Care Programme, which is funded by Guy's and St Thomas' Charity, has recently published a video featuring people from Lambeth and Southwark talking about their attitudes to death and dying.