Around 90 members of the public took part in Southwark's Democracy Commission conference held at the Amigo Hall at St George's Cathedral on Saturday afternoon. 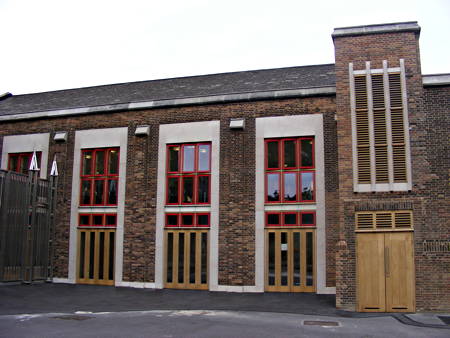 The borough's new Labour administration set up the cross-party commission to bridge the gap between the council and the residents of Southwark and improve accountability.

The commission's first task is to make recommendations to improve Council Assembly, the meetings of all 63 Southwark councillors held seven times a year at the Town Hall in Peckham Road.

Democracy Commission chair Cllr Abdul Mohamed said that few Southwark residents attend Council Assembly meetings and not many are aware of their existence.

The conference heard from Ginny Lee of the Young Foundation who spoke about her own political journey and gave some examples of successful and unsuccessful attempts at getting local residents more involved in decision-making.

John Cade, formerly a senior officer at Birmingham City Council, gave a clear explanation of the limitations on the power of Council Assembly since the Local Government Act 2000 which brought in the leader and cabinet model, as well as the practical opportunities to improve the way the meetings work.

He proposed two key changes: that the Assembly should be able to debate new policies or issues at an early stage of development, rather than when they are a fait accompli, and that reports from scrutiny committees should be referred to the full council for discussion.

He recommended that the council's constitution be changed to allow non-councillors who had given evidence to a scrutiny committee investigation to also take part in the debate at Council Assembly.

The conference heard from former councillor Charlie Cherrill who complained that there were no members of the public on the so-called Democracy Commission.

Lib Dem leader Anood Al-Samerai, who is one of her party's two representatives on the commission, said that she had urged the council leader to consider appointing independent members to the commission.

Several people expressed disappointment that the cabinet had chosen Council Assembly for the Democracy Commission's first investigation, rather than starting with the borough's eight community councils which offer a more natural opportunity for public participation.

Cllr Mohamed insisted that the commission would be turning its attention to community councils in due course.

So far approximately 200 people have responded to the Democracy Commission's questionnaire on Council Assembly, with most supporting some kind of change to the way meetings are run and promoted to the public. Project manager Julie Timbrell introduced the findings so far.

Southwark's community cohesion coordinator Michael Cleere has spent the past month carrying out interviews in Southwark's streets and shopping centres. He has gathered 14 hours of audio and played a 6-minute montage of clips to the conference.

The conference then divided into a series of workshops looking at communications, debates and decision making and influential active citizens.

The final session involved a series of 'cafe conversations' on different topics, including a discussion on how young people could be involved which was led by local journalist Rowenna Davis, recent winner of an Internet Explorer 8 Life Academy Award.

• Find out more about the work of the Democracy Commission at www.southwark.gov.uk/democracy