Southwark Liberal Democrats say that officials have censored references to the £26 million guaranteed capital receipt from Lend Lease they claim that the borough's Labour administration sacrificed in favour of a minimum level of affordable housing. 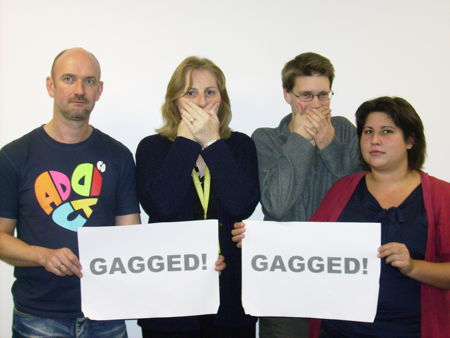 The Lib Dems wanted to make reference to the Ł26 million figure in their motion to next week's council assembly, but officers censored all references to the amount despite the figure being revealed in an open session of the last full council meeting and reported on this website.

When the incoming Labour administration reached a deal with Australian developers Lend Lease they chose to build in a provision to the agreement that at least a quarter of the new homes built on the site of the Heygate Estate should be 'affordable'.

The Liberal Democrats argue that it was unnecessary to seek this guarantee as part of the commercial transaction between the council and the developer because existing planning policies demand an even higher level of affordable housing.

The party claims that in exchange for the contractual commitment to at least 25 per cent affordable housing the council will lose out on a guaranteed Ł26 million payment from Lend Lease that was in the draft deal that Southwark's Lib Dem/Tory coalition was preparing to sign before the borough elections in May.

A Southwark Council spokesperson said: "On the advice of the monitoring officer we removed commercially confidential information from public papers."

Lib Dem councillors say that they believe that the censorship is politically motivated.

"This is an outrageous attempt by Labour to stop Liberal Democrat councillors speaking the truth," says Cllr Geoffrey Thornton.

"The amount Labour lost through their incompetence is already in the public domain and for the council to try to maintain the fiction of secrecy is utterly ridiculous and pointless.

"The council is behaving like some ex-Soviet failed state that, despite the Berlin Wall being breached, carried on maintaining the fiction of socialist invincibility while their populations got in their Trabants and left. Labour should now simply admit the truth and take the consequences of their incompetence on the chin."

Southwark Labour's cabinet member for regeneration, Cllr Fiona Colley, said: "We're proud we were able to secure a minimum of 25 per cent affordable homes as part of the Elephant regeneration.

"We're proud that we've made progress on the leisure centre and shopping centre. At this point, only the Lib Dems seem to be opposed to the regeneration of the Elephant and Castle."