Spartak Moscow fans in London for Wednesday night's Chelsea match stopped off at the Soviet War Memorial in Geraldine Mary Harmsworth Park where they laid flowers in recognition of Anglo-Russian cooperation during World War II. 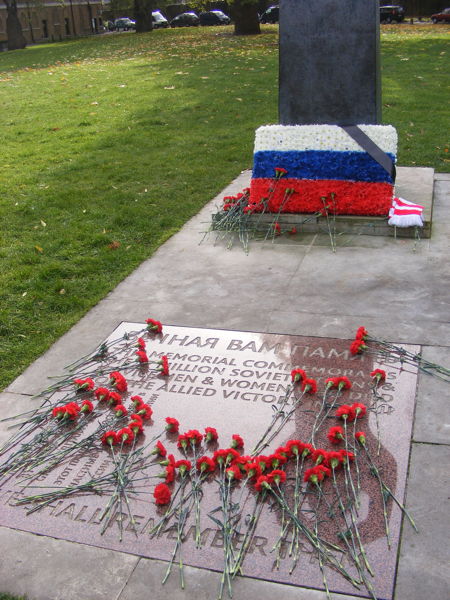 Flowers at the Soviet War Memorial 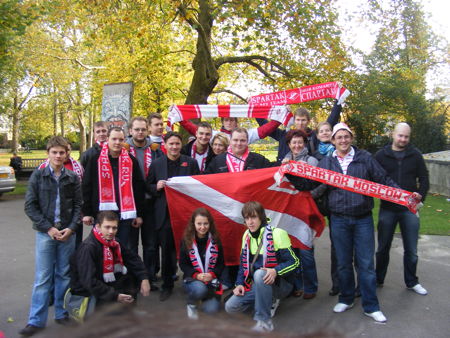 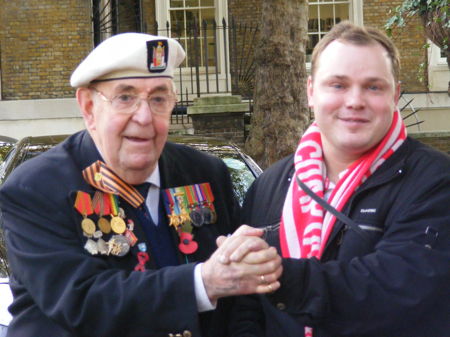 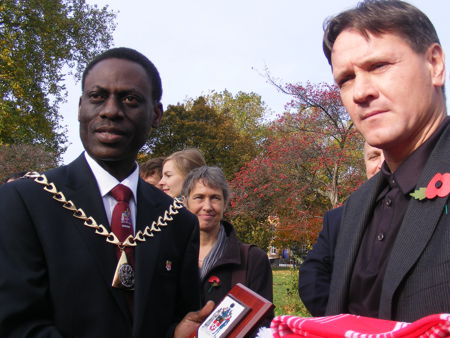 Veterans of the Russian Convoys also took part in the ceremony.

"We are here in freedom today thanks to the great sacrifice of the former Soviet Union and the sacrifices of the United States of America and Great Britain," said Philip Matthews, chairman of the Soviet Memorial Trust Fund which established the memorial in Geraldine Mary Harmsworth Park.

"18 Soviet soldiers rest in cemeteries in this country and over 400 Soviet prisoners of war died as slave workers in the Channel Islands.

"We must never forget the sacrifices that these people made."

The ceremony was organised in association with the Football Unites programme which is a partnership between the British Council and the Russian Football Union to celebrate sport and the friendships created through sport.

The next public event at the Soviet War Memorial will be the Act of Remembrance at 12.30pm on Remembrance Sunday 14 November.