A leading London property developer has described how he was challenged by the More London estate's security guards when he tried to take photos of City Hall. 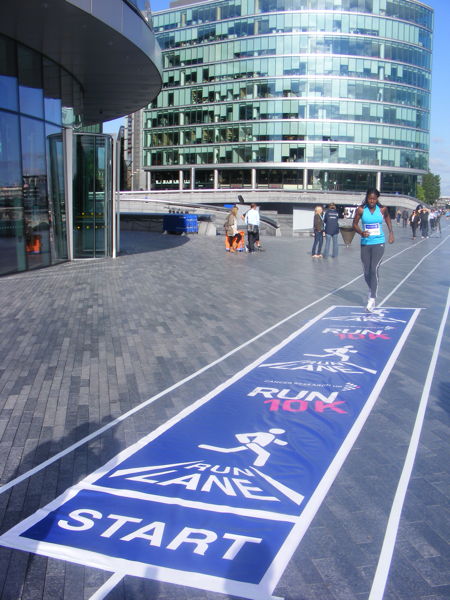 The public space on the More London estate is tightly managed

The More London estate has been put under scrutiny by the London Assembly's planning and housing committee as part of its investigation into the private management of publicly accessible space.

On Tuesday morning the committee heard from a panel of experts who advised members on what London's city-wide government could do to ensure that open spaces in new developments are managed sensitively.

"I thought it was mildly ironic that this building, the symbol of public government in London, is actually on a private estate," said Eric Reynolds who led the development of Camden Market.

Professor Matthew Carmona from University College London offered a different view: "To me it's not about who owns the space: the fact that this space out here is owned privately is neither here nor there.

Criticism of the management regime of the open space around City Hall itself was led by the Green Party's Jenny Jones AM. She said: "More London I think behaves appallingly towards us politicians because they own this space.

"They refused for years to put some bike parking in for this building. They finally did [install bike racks] – with huge resistance and bad will – and as soon as they possibly could the moved it onto the park, so we lost a few square metres of park because of More London which I deeply resent."

In a later intervention she highlighted the problems faced by television crews reporting on the workings of London government. "It has taken us eight years to negotiate with More London so that we politicians can do a TV interview outside our own building," she said.

She added: "More London sells the filming rights, so it's their narrow interests against the public good."

Robert Evans, executive director of Argent Group which is developing the King's Cross Central scheme, said he agreed with Jenny Jones' concerns about the management of More London.

"Standing here and taking photographs of City Hall about six months ago I was stopped," he recalled.

"It is a shocking situation where you are taking a photo of the city hall of your city and you are stopped by a private security guard."

Peter Bishop, design supremo at the London Development Agency, had some withering remarks to make about More London.

"I think public space is one of the essential components of a city," he said.

"It is public, it's civic, and within the realms of the law it is available for the citizen on a completely unrestricted basis.

"I think that's one of the building blocks that you should start with in designing and managing cities.

"At the moment there is an erosion of that public space going on. It's not necessarily a new phenomenon but I think that the whole drive through the 20th century was one of public adoption and public ownership of public areas.

"That was a good principle for various reasons. First of all it is about 'civicness' and the role of the citizen in the city.

"Secondly … it's about the feel of how you expect to be treated as a citizen. I think there is a very, very significant difference between the feel of More London … and walking down Tooley Street."

Peter Bishop later warned that although developers always claim that they aspire to 'quality', the commercial imperative for open spaces that are cheap and hassle-free to manage can be in conflict with the public aspiration for something more characterful and flexible.

"Looking out of the windows at More London, I think that as a piece of landscaping – with the way that The Scoop is used – it's fine," he said.

"It is a bit joyless at times. You can't chain your bike to the railings and it is pretty rigidly prescribed what you can and can't do.

"It works fine for More London but I'm not convinced I want it replicated across the part of London I live in."