London Bridge Station to be rebuilt by 2018

Transport secretary Philip Hammond has confirmed that the Thameslink Programme, including the rebuilding of London Bridge Station, will go ahead in its entirety. 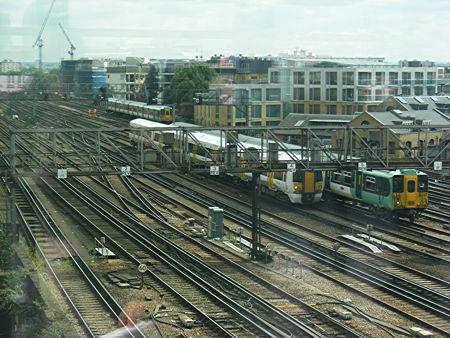 Originally known as Thameslink 2000, the project to expand capacity on the cross-London rail line will not now be completed till 2018.

"Today, I can confirm we will fund and deliver the Thameslink Programme in its entirety, virtually doubling the number of north-south trains running through central London at peak times," said the transport secretary in a written parliamentary statement.

"But the original programme for the rebuilding of London Bridge was always ambitious, with substantial risks around delivery, and operation of existing services, during construction.

"To reduce these risks, we have re-profiled the delivery of the programme to achieve completion in 2018.

"This will enable Network Rail to make further efficiencies to their design and delivery programme."

There had been fears that despite the extensive building works already under way at Blackfriars and Borough Market, the Government might pull the plug on the advanced signalling system that would enable up to 24 trains an hour to run through the central section of the Thameslink route.

The platforms of London Bridge Station will also be reconfigured and rebuilt as part of the Thameslink Programme.

Funding for the rebuilding of the rail station concourse and bus station had been assured as part of the Shard and London Bridge Place developments, but Government backing was necessary to ensure the complete transformation of the station.

Local business improvement district Team London Bridge had lobbied the Department for Transport and the Mayor of London in advance of the recent spending review to make the case for the London Bridge works.

"We are very pleased that Thameslink is going ahead in its entirety, providing much-needed capacity for inner London and the surrounding commuter regions," said a spokesman for London TravelWatch.

"However, we are disappointed that passengers will have to endure severe disruption for a further three years, especially at a time when passengers are suffering huge fare rises. This delay means it is not so much jam tomorrow, as jam the day after tomorrow."

Liberal Democrat London Assembly member Caroline Pidgeon welcomed the news without reservation: "At a time of such tight public finances and when difficult short term decisions are having to be made in so many areas it is excellent news that long term plans to improve transport in London have not been compromised," she said.