Ł79 million Imperial War Museum revamp to be completed by 2019

The Imperial War Museum has announced plans for a major redevelopment due for completion to coincide with the 80th anniversary of the outbreak of the Second World War in 2019. 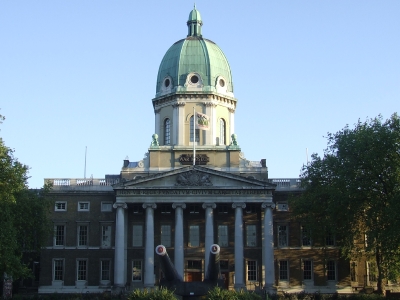 The new First World War galleries, due to open in Summer 2014, will allow the museum to improve access to its collections, enabling current and future generations to understand and commemorate the toil and sacrifice of individuals who lived, fought and died in the Great War.

The First World War galleries will be the first in a series of redevelopment projects taking place over the next decade.

The museum announced earlier this year that it had appointed architects Foster + Partners to develop a masterplan for new galleries and exhibition spaces within the existing building.

The new spaces will improve public facilities, accommodate higher visitor numbers, offer an easy to navigate route around the museum, make the building more energy efficient and increase opportunities for the museum to generate income.

The new First World War galleries will be approximately twice the size of the current galleries. Original objects such as personal items, letters and diaries will be exhibited in interactive, multimedia displays which explore the personal stories of those who lived, fought and died in the war.

The central atrium will also be transformed, redisplaying and interpreting the museum's large objects.

Longer term plans include a new ground-level entrance and landscaping at the front of the building, creating a community space which improves public access and provides a home for the famous naval guns.

"I can't think of a more fitting way to start the transformation than with the creation of new galleries to mark the First World War centenary in 2014.

"The Imperial War Museum was founded during the First World War as 'a lasting memorial of common effort and common sacrifice' to those who played their part in the conflict.

"The new galleries will allow us to continue this work in the twenty-first century and help current and future visitors to learn and understand more about the causes, course and consequences of the Great War."

The Museum is currently fundraising for the redevelopment projects. Approximately Ł29 million is needed for the First World War galleries and initial improvements to the atrium and public facilities, all to be completed by the end of 2014.

The total cost of works, including the new entrance, which is due to be finished by 2019, is approximately Ł71 million at today's prices.

Funds are being sought from a variety of sources including philanthropic donations, trusts and foundations, corporate partners, and the public.

The Imperial War Museum Foundation, an independent charitable body set up under the chairmanship of Lord Rothermere to help generate funds for the museum's plans, has already begun fundraising for the First World War galleries. Prince William has agreed to become its patron.

"The creation of the First World War galleries, just as the last of the generation who fought in the Great War has passed away, could not come at a more important time," says
Prince William.

"The galleries will play a vital public service, ensuring that future generations never forget what happened in the Great War.

"The Imperial War Museum will bring alive the sacrifice and the horrors of the war, so that the millions who died for our nation are remembered and honoured for generations to come.

"I am truly honoured to be patron of such an important appeal."

The details of the redevelopment will now be subject to a consultation process before the final designs are worked up and a planning application is submitted in 2012.