On New Year's Eve the first passenger train used the new track on the eastern side of Blackfriars Railway Bridge after engineers had worked through the Christmas shutdown to switch the track from the western side. 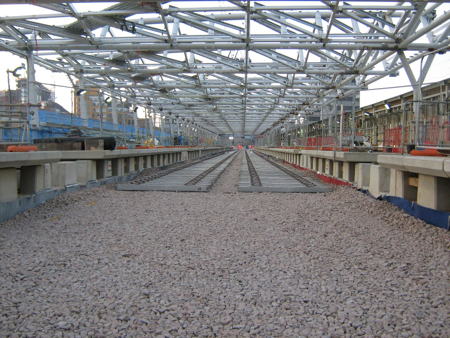 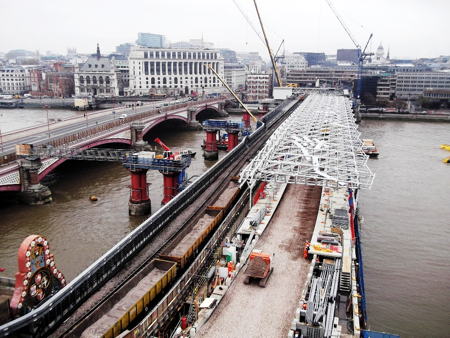 This marks a major milestone in the Thameslink Programme as work can now begin on the strengthening of the west side of the rail bridge ready for new terminating platforms to be built.

A new bridge deck will be laid and the structure will be widened with three new rows of rib arches to support the creation of bay platforms that will accommodate longer 12 car trains.

Passengers travelling through Blackfriars will be able to catch a glimpse of the new platforms and roof that have been built in preparation for the station's reopening to passengers on 17 January.

"The laying of new rail for the through track plan at Blackfriars is a great achievement for the team on this project," said Lindsay Vamplew, Network Rail's project director for Blackfriars.

"When combined with new roof framework that is quickly going up and the continuing work in the north and south station areas, it shows that real progress is being made."

Work will continue this year on the creation of the new Bankside entrance to Blackfriars Station.