The pedestrian subways at the junction of Elephant & Castle, Walworth Road and Newington Butts have closed as work on the creation of a new road layout continues. 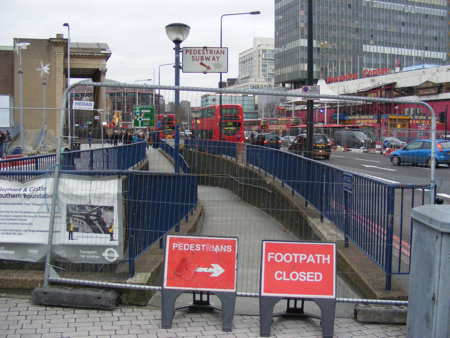 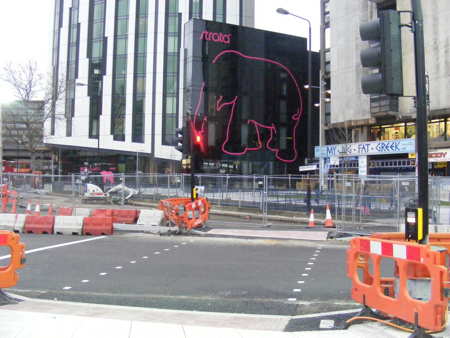 Almost five years to the day since the plans were first announced, fences have appeared around the pedestrian subways and surface-level road crossings have been opened in their place.

Years of wrangling between Southwark Council, Transport for London and the London Development Agency meant that the project was delayed for several years.

Last October the former roundabout was replaced with a signalled junction for road traffic and the new layout is due to be completed later this spring.

Transport for London has recently submitted two planning applications for the installation of new Barclays Cycle Hire docking stations on either side of the new junction providing up to 51 new docking points.

The pedestrian subways at the Elephant & Castle's northern roundabout are likely to remain in use for the foreseeable future.

Planning inspector Christopher Bowden has rejected an appeal by Remedia International against the refusal of planning permission for a 52-metre advertising banner on the northern face of Draper House. He rejected TfL's claim that such a large advert would be distracting to drivers negotiating the junction but ruled that the advert would have a "materially harmful effect on the visual amenity of the area".