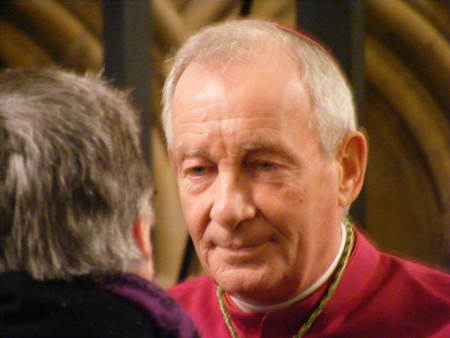 Most Revd Peter Smith at Southwark Cathedral on Sunday morning 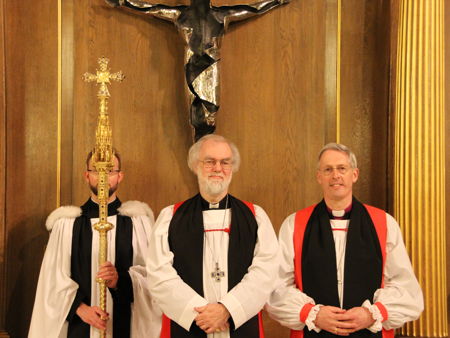 "I am delighted to hear that you have a new bishop in the Anglican Diocese of Southwark," Archbishop Smith told the Anglican congregation at Southwark Cathedral on Sunday morning where he was guest preacher as part of the international Week of Prayer for Christian Unity.

Christopher Chessun, the former Bishop of Woolwich, officially became Bishop of Southwark last week at a confirmation of election ceremony presided over by the Archbishop of Canterbury at St Mary-le-Bow Church in the City.

"I know that he is fully committed to our ecumenical journey and very much look forward to working with him here in Southwark," said Archbishop Smith.

"I pray that he will prove a good and faithful pastor to you and to all the Anglican Diocese of Southwark and I want to wish him this morning every blessing as he prepares to take up his episcopal ministry for you and with you. Hopefully, together we can pursue that journey under the guidance of the Holy Spirit."

The invitation to preach had been made by the late Dean of Southwark Colin Slee who was present last year at the installation of Peter Smith at St George's Cathedral.

The Archbishop took as his text the words of St Paul to the church in Corinth: "I appeal to you brothers and sisters for the sake of Our Lord Jesus Christ to make up the differences between you and instead of disagreeing amongst yourselves be united in your belief and practice."

He said that the early years of the church were not a golden age.

"But enormous progress has been made towards that unity especially in recent years and in our own country in the last 40 years."

He added: "The ecumenical journey is undoubtedly difficult and demanding and of course we will take with us the sad heritage of the past knowing in our hearts that there's still a very long way to go. We should be encouraged by the hope of being led by the one who is the Light of World."

Archbishop Smith, who met Christopher Chessun for the first time during the recent Papal Visit, recalled the remarks of both the Pope and the Archbishop of Canterbury on the day of their meeting at Lambeth Palace.