Pope Benedict XVI spent an hour in SE1 on Friday as he visited Lambeth Palace, the London home of the Archbishop of Canterbury. 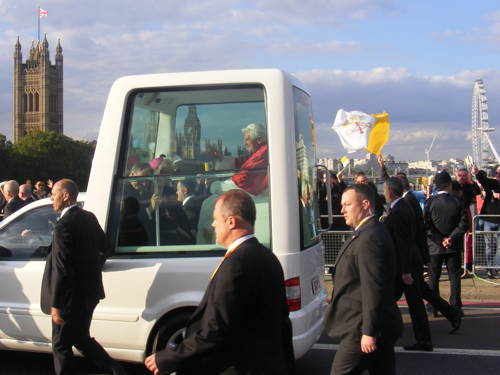 SE1 to SW1: Benedict XVI gets a good view of London's landmarks as he crosses Lambeth Bridge 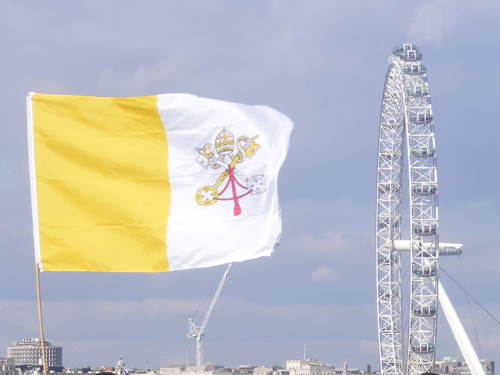 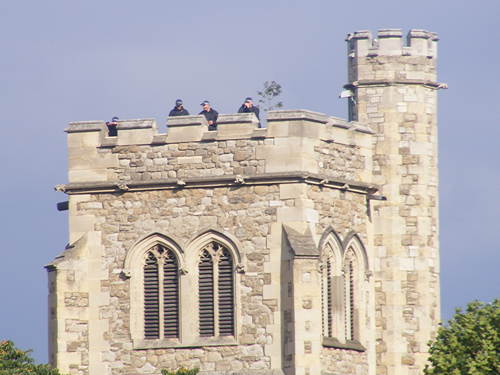 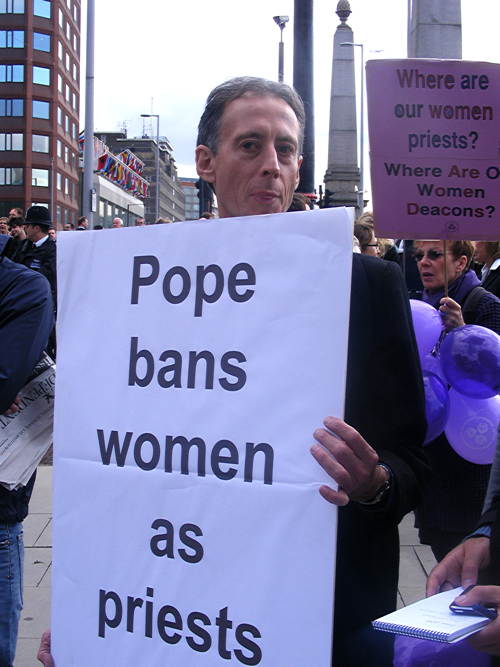 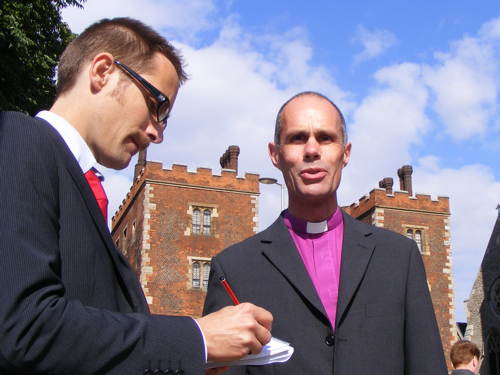 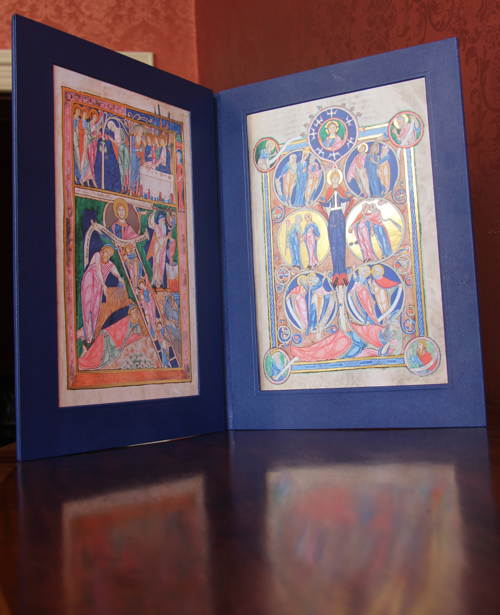 The Archbishop's gift to the Pope

This is the first time ever that a Pope has visited Lambeth Palace, Pope John Paul II having visited Archbishop Robert Runcie in Canterbury in 1982.

The Pope's motorcade arrived at the palace via Vauxhall Cross and Albert Embankment.

The Catholic bishops of England and Wales and their Anglican counterparts were on hand to greet the Pontiff.

Dr Rowan Williams told the gathering at Lambeth Palace: "Our presence together as British bishops here today is a sign of the way in which, in this country, we see our task as one and indivisible. Our fervent prayer is that this visit will give us fresh energy and vision for working together."

The Anglican Diocese of Southwark was represented by the Bishop of Kingston, Rt Revd Richard Cheetham, who told reporters outside the palace: "I think it's important to keep communication between churches. It's important to listen to the Pope's reflections."

In his address the Pope said: "In the figure of John Henry Newman, who is to be beatified on Sunday, we celebrate a churchman whose ecclesial vision was nurtured by his Anglican background and matured during his many years of ordained ministry in the Church of England.

"He can teach us the virtues that ecumenism demands: on the one hand, he was moved to follow his conscience, even at great personal cost; and on the other hand, the warmth of his continued friendship with his former colleagues, led him to explore with them, in a truly eirenical spirit, the questions on which they differed, driven by a deep longing for unity in faith."

Crowds gathered outside the palace and around Lambeth Bridge to see the Pope.

Fr John Diver and Fr Chukwuemeka Nnaji from St George's Cathedral were at the southern end of Lambeth Bridge hoping to catch a glimpse of the Holy Father.

Campaigners for the ordination of women marched from St George's Cathedral to Lambeth Palace and staged a noisy protest as the Pope passed by.

The Archbishop gave the Pope a leather-bound diptych (two pictures hinged together) of facsimile full-page illuminations from the Lambeth Bible – a mid-12th-century volume of the Bible in Romanesque style widely thought to have been written and illustrated at Canterbury, which featured in the palace library's 400th anniversary exhibition this summer.

The Pope left Lambeth Palace by Popemobile to make the short journey across Lambeth Bridge to Westminster Hall.

On Saturday morning the Anglican Bishop of Woolwich, Rt Revd Christopher Chessun, and the Archdeacon of Southwark, the Venerable Michael Ipgrave, will be among the ecumenical representatives at a Mass at Westminster Cathedral celebrated by the Pope.

On Saturday afternoon the Pope will return to Lambeth to visit the St Peter's Residence in Vauxhall.

During his visit to the care home, the vicar-general of the Archdiocese of Southwark, Mgr Matthew Dickens, will present the Pope with an embroidered gift on behalf of the people of the diocese. The work by textile artist Anne Kelly includes representations of St George's Cathedral and Canterbury Cathedral.

At Saturday evening's prayer vigil in Hyde Park the Pope will be welcomed by the new Archbishop of Southwark, Most Revd Peter Smith.

In his address at the palace of Holyroodhouse on Thursday the Pope spoke about Florence Nightingale who founded a school of nursing at St Thomas' Hospital. He said: "Inspired by faith, women like Florence Nightingale served the poor and the sick and set new standards in healthcare that were subsequently copied everywhere."