"The Big Society has great possibility but it cannot be volunteers substituting professionals," said Camila Batmanghelidjh. 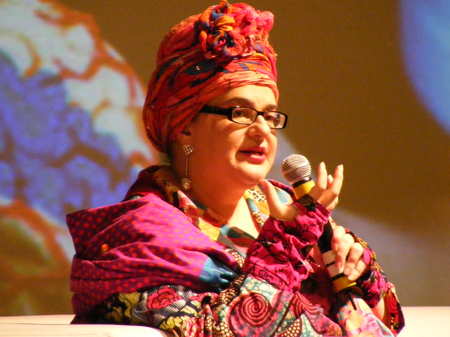 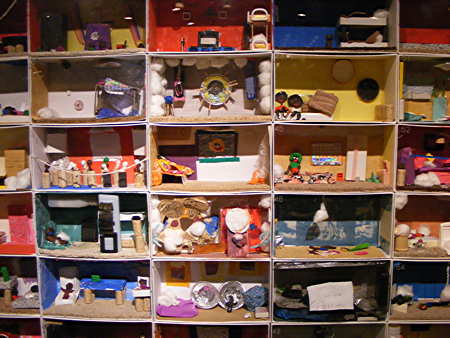 The Kids Company founder was speaking at the Royal Festival Hall where she was launching My Life Illuminated, an exhibition of light sculptures, poetry and soundscapes by her charity's children.

"I love volunteers in our organisation," she told an audience gathered in the Clore Ballroom to hear her in conversation with Jude Kelly.

"Volunteers have been the best possible thing that has happened to Kids Company and they bring so much value and richness into our organisation. But the truth is volunteers cannot work with the most disturbed children I've got.

"Volunteers need looking after themselves so there's got to be paid staff to look after those volunteers and I think the mistake Big Society is making is that it has put all the organisations into one pot and described them in one way.

"The difficulty with the Big Society narrative is that unfortunately it's been conceptualised by very bright people who don't always know the dirty spaces of social care."

Last year Kids Company supported 14,000 children with 500 staff and 10,973 volunteers. As well as its main base in Camberwell the charity also runs the Urban Academy in Decima Street and has offices in Blackfriars Road.

"We become a substitute secure base for children who are experiencing exceptional challenges in their lives," said Camila Batmanghelidjh.

"Britain suffers from a lack of leadership on children's issues at a political level."

Also on show is Shoebox Living, an exhibition by Kids Company created by 125 children who were asked to recreate a room from their home in a shoebox.

My Life Illuminated and Shoebox Living are both part of the Imagine Children's Festival at the Southbank Centre.