Blackfriars Road has too many pedestrian crossings, says TfL

Transport for London has launched a public consultation on its proposal for the removal of a pedestrian crossing on Blackfriars Road. 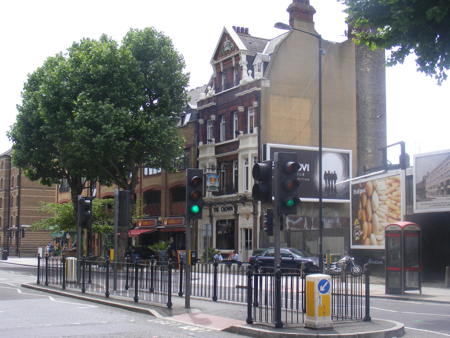 Last summer we reported that TfL was considering the removal of up to seven sets of traffic lights in SE1 as part of the Mayor's commitment to "smooth traffic flow" in the capital.

Now TfL has launched a month-long public consultation to remove the traffic lights at the pelican crossing on Blackfriars Road just to the south of the junction with Valentine Place and Pocock Street.

TfL says that the location has been chosen "because there is an oversupply of pedestrian crossings in the area and demand is very low at this site".

The consultation web page says that "given its close proximity to pedestrian signalised crossings nearby which can be undertaken in one movement, TfL believe removal would provide greater benefits to road users without detriment to pedestrians".

The proposal includes the removal of the signal poles and associated equipment, lines, dropped kerbs and tactile paving.

TfL says that it plans to leave the central island and dropped kerbs in place and convert the site to an uncontrolled crossing point.

• The consultation period runs until 11 March.

Do you agree that there are too many traffic lights in Blackfriars Road? Or should TfL think again?