Four sets of traffic lights in Tooley Street are on a list of 145 signals in London that could be removed as part of Boris Johnson's plan to "smooth traffic flow" in the capital. 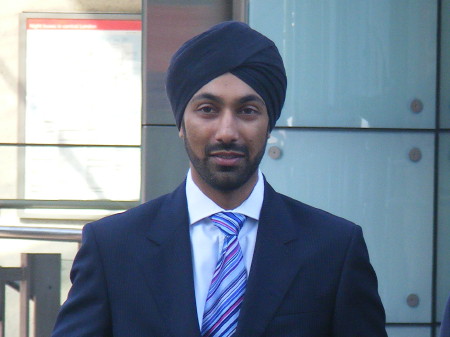 Kulveer Ranger: "There are few things more annoying than sitting at a traffic light on red for no apparent reason"

Transport for London says it has identified 145 sites across the city where traffic signals could be causing unnecessary delays to motorists.

They will be holding discussions with borough councils and stakeholders about whether these traffic signals could be removed or replaced with alternative measures.

"There are few things more annoying than sitting at a traffic light on red for no apparent reason and we've now identified 145 sites where we think the signals may no longer be doing a useful job," says Kulveer Ranger, the Mayor's transport advisor.

"By getting rid of them, we hope we can smooth traffic flow across London and deliver real improvements for all road users."

The list of traffic signals which could be abolished includes seven sets of lights in SE1 – four of them in Tooley Street.

TfL has identified the pelican crossings opposite Potters Fields Park and the Unicorn Theatre as potentially surplus to requirements.

Elsewhere, the pelican crossing on Blackfriars Road close to Valentine Place could be eliminated. This crossing is just a few yards away from the lights at the Webber Street junction.

In Marshalsea Road TfL believes that the pelican crossing near Mint Street could be causing needless delays to traffic.

TfL also considers that the lights at the junction of Union Street and Great Suffolk Street are unnecessary.

"Pelican crossings are there for the safety and convenience of people on foot but they make up half of the lights proposed for removal," says Val Shawcross, Labour London Assembly member for Lambeth and Southwark.

"If anything we need more safe places to cross busy roads; not less."

"Pensioners, those with disabilities and parents of young children might not shout as loud as car drivers but they're ones who stand to lose out under these plans. I'll be supporting any Londoners across the city who feel their local roads are about to get more dangerous."

Another of the Mayor's "smoothing traffic flow" initiatives recently saw countdown timers installed at the pedestrian crossings where Blackfriars Road meets Union Street and The Cut. Similar countdown screens will also be trialled in Old Kent Road and at the junction of Tooley Street and Tower Bridge Road.

What do you think of the Mayor's plans to smooth traffic flow?