Stained glass artist Lawrence Lee whose work is found in Southwark has died at the age of 101. 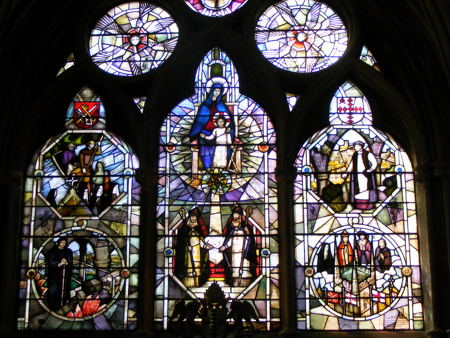 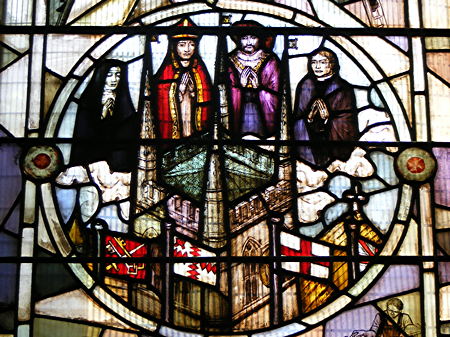 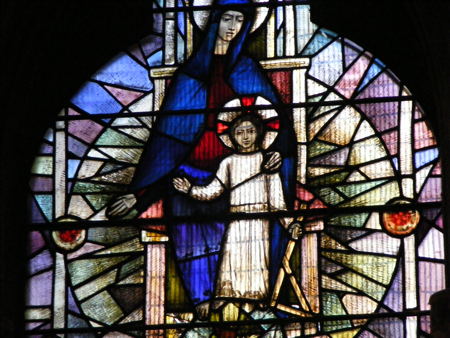 The large three light south window in Southwark Cathedral's retrochoir was completed in 1959 by Lawrence Lee.

The lights feature stone-masons, carpenters and even a glazier on a ladder because the window was given by the family of Thomas Rider whose firm had rebuilt the cathedral's nave in 1895.

The central light, which at first was going to show Christ with a pair of compasses, depicts the Virgin with the child Jesus carrying a set-square.

The top light shows a dove. When Lawrence Lee was head of the Royal College of Art's stained-glass department he was known for insisting that doves representing the Holy Spirit should not look like stuffed pigeons.

In 1973 as Master of the Glaziers' he persuaded the livery company to encourage young glass artists to join by introducing affordable membership rates. The Company's arms displayed in Glaziers' Hall next to London Bridge are the work of Lawrence Lee.

Some of his paintings are in the Imperial War Museum.

He studied under Martin Travers and led the team designing Coventry Cathedral's nave windows. Lawrence Lee's work can be found in many other churches in England, New Zealand, Canada, South Africa and Trinidad. He wrote three books on glass.

His passing will be remembered during the Glaziers' annual service at Southwark Cathedral. A memorial service is planned for later in the year.