A print called 'The Borough' by leading typographer Alan Kitching has been hung in the Royal Oak in Tabard Street. 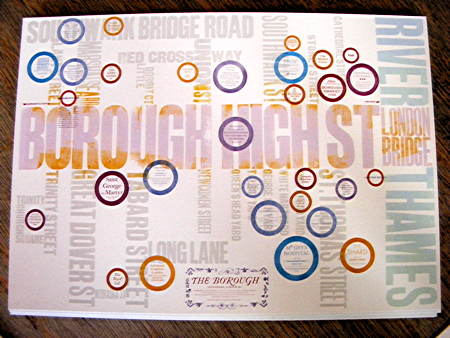 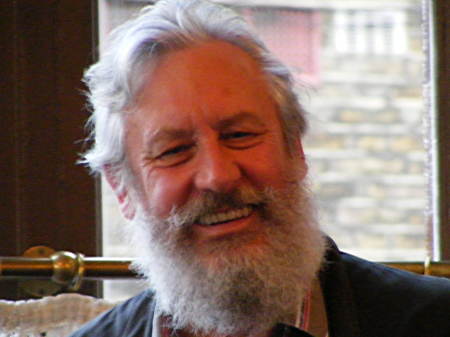 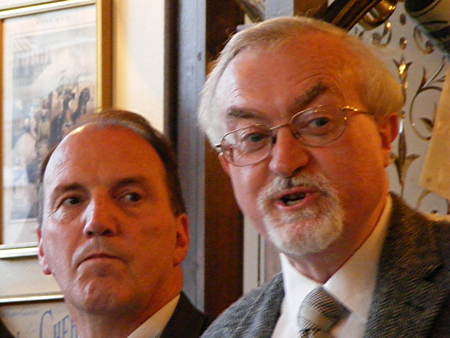 The letterpress print, one of just 45 copies, has been issued in memory of his wife and fellow artist Celia Stothard.

Celia, a prominent member of the Vauxhall Society, died last December after a long illness.

Speaking at the unveiling event at The Royal Oak in Tabard Street on Wednesday night, Professor Kitching said that the work featured streets, pubs and restaurants familiar to him and his wife.

The couple came to know the Borough well through regular visits to Guy's Hospital. Both are also associated with Advanced Graphics London in Long Lane.

Among historial figures mentioned are Octavia Hill and John Harvard.

The Borough's history was outlined during the evening in a humorous speech by local historian Stephen Humphrey.

Looking at places featured on the print he likened the Hop Exchange to the Colosseum and said that it deserved to be cherished in the future having survived a fire and the Thameslink scheme.

Turning to Borough High Street he noted that among those who had passed along the ancient highway were the Emperor Hadrian of Hadrian's Wall fame and Charles II who was brought safely back from exile by Southwark resident General Monck.

The launch was hosted by landlord Frank Taylor.

The prints, produced at the Typography Workshop in Kennington, are available from Advanced Graphics London.