A proposed addition to Charles Dickens Primary School in Lant Street has gone on show at the Royal Academy of Arts. 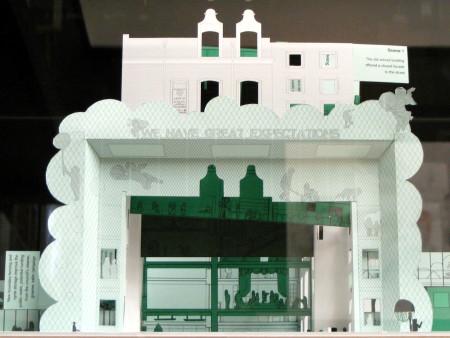 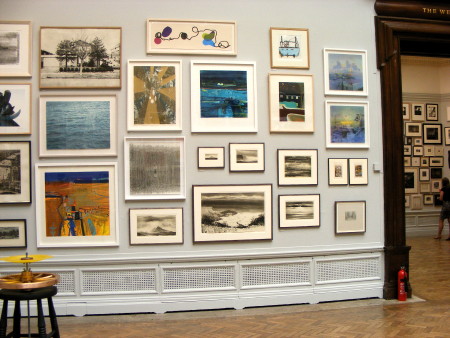 In the architecture room AOC architects have successfully entered a card model by Tom Coward and Vincent Lacovara showing a dramatic change to western elevation of Charles Dickens Primary School bearing the school's "We Have Great Expectations" motto.

The school has already seen changes to its entrance and playground. Earlier this year a garden was opened alongside the now closed section of Lant Street next to the school.

Tanner Street architects Weston Williamson are showing a model of a pontoon bridge designed for the River Lea at Silvertown.

Bermondsey-based academician Norman Ackroyd has submitted a series of etchings featuring the west coast of Ireland including the Blasket Islands which stand out among the colour of other pictures.

Fellow academician Chris Orr, who identifies himself with William Blake, has several works including an ariel view of Lambeth Bridge called 'Lambeth, 2009'. The crossing is seen from the south with a London Duck Tours vehicle and a lion on a lead passing over.

• The Summer Exhibition is at the Royal Academy of Arts, Piccadilly, daily 10am to 6pm until Sunday 16 August; admission £7 (conc £6).

• AOC arichitects Tom Coward and Vincent Lacovara will discuss their "additive, unfolding, unflapping approach to design" and their work for Charles Dickens School on Friday 10 July at 6.30pm; admission free with exhibition ticket.

• Llewellyn Alexander Fine Paintings in Waterloo is once again hosting its annual Not the Royal Academy exhibition showing works rejected by the RA.