Last week a Southwark licensing sub-committee rejected an application by Jack's Bar in Isabella Street to allow it to trade till 2am at weekends and 1am during the week. 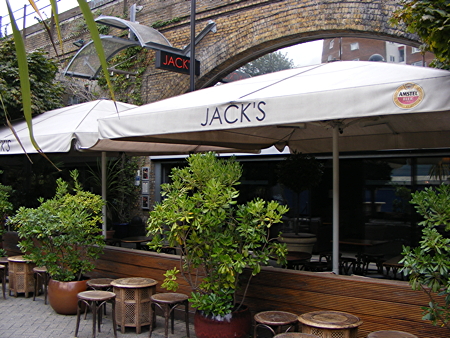 Jacks had originally applied to extend its premises licence to run till 3am but at the last minute changed its application to 1am Monday-Thursday and 2am Friday to Sunday.

Styles House residents led by Zoe Bulmer and Octavia Hill residents represented by Mike Tuppen told the committee about the noise and disturbance that locals regularly experience from the bars and restaurants along Isabella Street. Cathedrals ward councillor Adele Morris also made representations on behalf of residents.

After taking legal advice the committee decided not to grant the application on the basis that it would have a detrimental effect on the lives of local residents, increase noise and nuisance and was against the principles of the western extension to the Bankside saturation zone.

"This decision was right under the circumstances and again local residents' groups have come together to ensure that our members are no longer disturbed in the early hours of the morning by patrons of licensed premises drinking outside," says Mike Tuppen of the Octavia Hill Residents' Association.

"Obviously both associations will continue to monitor the situation in Isabella Street."

Adele Morris, Lib Dem councillor for Cathedrals ward, told the London SE1 website: "This is a great result for the residents, and shows that our saturation policy – which was brought in because we already have a high level of alcohol related crime and antisocial behaviour in this area – is finally taking effect.

"SE1 residents know that they live in a lively and vibrant area, but they should not have to put up with unacceptable levels of noise and antisocial behaviour into the early hours."

We attempted to contact the owners of Jack's Bar but no reply was received by the time of publication.