Alcohol-related violence on the up in Borough and Bankside

As councillors prepare to approve an extension of the existing saturation policy for licenced premises in Borough and Bankside, new figures show that alcohol-related violence in the area has increased. 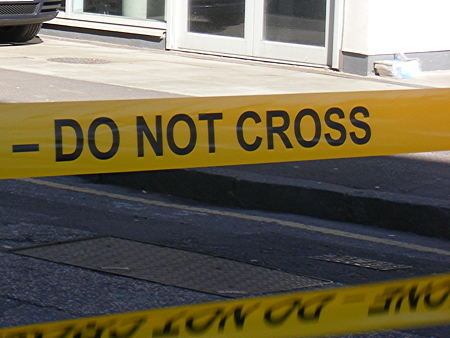 According to a report prepared by the Safer Southwark Partnership and published in the papers for next week's meeting of the licensing committee, "the most recent period has shown a slight increase in VAP [violence against the person] offending in the evening, specifically concerned with serious wounding and assault with injury, though when considering the extended saturation area, there had been little change in overall totals.

"Peak times are midnight to 3am on Saturdays, and throughout the early hours of Sunday, with the main repeat venue being Belushi's (5 incidents).

"Of primary importance is the increase taking place in the daytime, whereby levels have almost doubled when compared to the previous period. All crime types increased, with no exception.

"Repeat venues tend to be hostels, low cost supermarkets and Guy's Hospital, with peak times on Thursdays and Saturdays, between 7pm and 11pm."

In autumn 2009 Southwark Council implemented a 'saturation policy' which makes it more difficult for new nightclubs, pubs, restaurants and shops to gain alcohol licences in much of the Borough and Bankside area from Blackfriars Road in the west to Bermondsey Street in the east.

The council says that there are now 230 licensed premises within the saturation zone, including 80 restaurants/cafes; 62 public houses/bars; 31 off-licences/supermarkets/grocers; 10 hotels; eight theatres and four nightclubs. This represents a 26 per cent rise in the number of licensed premises in the area since the introduction of the saturation policy.

Last summer the council held a consultation to consider whether the streets west of Blackfriars Road and east of the Lambeth boundary (including Isabella Street and The Cut) should be added to the zone.

A poorly attended consultation event was held half a mile away from the area affected by the proposed extension and only seven written responses were submitted to the council, all in support of the proposal.

Next week the council's licensing committee is expected to agree to recommend to council assembly the extension of the saturation area.

The latest figures show that there were 26 instances of alcohol-related violent crimes against the person in the existing saturation area in the six months from April to September 2010, compared to 18 incidents in the preceding six months.

Data from the London Ambulance Service shows that nearly one third of alcohol-related ambulance calls in Southwark come from just three wards: Cathedrals (17.4 per cent), Grange (7.3 per cent) and Chaucer (6.5 per cent).

Cathedrals ward also tops the league for the number of calls to the police reporting rowdy behaviour. There were 683 incidents in the most recent six month period for which figures are available – up from 512 calls to police in the previous period.

Separately, council officers have recommended to the licensing committee that the Elephant & Castle and Old Kent Road areas remain under monitoring with a view to establishing saturation policies in those areas if the crime figures justify it.