The former South Eastern Railway offices in Tooley Street have been included in a new list of the country's top 10 endangered Victorian and Edwardian buildings. 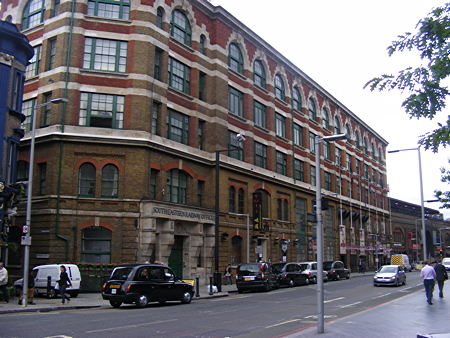 We reported in July that heritage minister John Penrose had refused to grant listed building status to the structure at 64-84 Tooley Street.

Now the Victorian Society has included the building on its annual list of threatened structures from the Victorian and Edwardian age.

Network Rail says that the building must be demolished in order to create a new entrance to the ground-level concourse it is proposing for London Bridge Station.

The Victorian Society is now appealing against the minister's decision not to list the South Eastern Railway building after unearthing evidence that 64-84 Tooley Street was designed by Charles Barry Junior and is his only surviving commercial building.

"Many of the buildings on the top ten have suffered years of neglect but the South Eastern Railway office is still in use and in good condition," says Dr Ian Dungavell, director of the Victorian Society.

"There is also no operational need for this destruction. To knock this attractive historic building down to create a wider pavement is unnecessary and wasteful."

Campaign group SAVE Britain's Heritage has also called for the building to be incorporated into the rebuilt station.

In a recent letter to Southwark Council on behalf of Network Rail, Erica Mortimer of planning agents CgMs wrote: "We understand that the issue here is that the justification for the loss of the unlisted building at 64-84 Tooley Street has not been sufficiently presented.

"We are preparing a document which sets out further statements about the need to demolish the building which we will submit shortly."

The building's tenants, including the Tuli restaurant and Winston Churchill's Britain at War Museum, have also objected to Network Rail's plans.

• Network Rail will be giving a presentation on its plans for London Bridge at Bermondsey Community Council's planning meeting on Thursday 13 October, 6pm at 160 Tooley Street.