The Mayor of London has decided to let Southwark Council's decision to approve the redevelopment of London Bridge Station - and the demolition of Victorian railway buildings - stand. 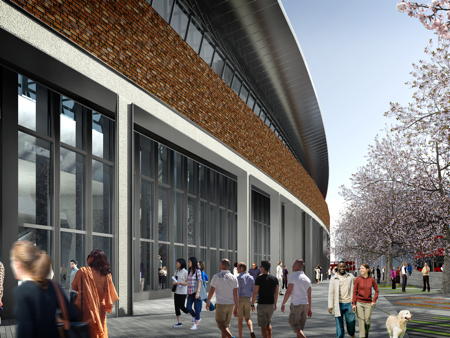 The Tooley Street entrance to the proposed ground-level station concourse

Last December Southwark Council's planning committee resolved to grant permission for the large-scale redevelopment of London Bridge Station including the creation of a new ground-level concourse.

The case was then referred to the Mayor of London, Boris Johnson, who had the option of 'taking over' the application and making a decision himself.

A month ago the Mayor was ambushed outside City Hall by campaigners from the Bermondsey Village Action Group fighting to save the South Eastern Railway offices in Tooley Street and part of the historic station wall on St Thomas Street.

Mr Johnson told BVAG activists that he was sympathetic to their cause: "I don't mind ending up in court. I'd love to stop this bloody thing."

Referring to the South Eastern Railway office building, Mr Johnson said: "I cycle past that thing every day and it infuriates me that we could lose it."

This week it emerged that the Mayor had delegated his powers to decide on this application to his deputy mayor for planning, Sir Edward Lister, who has now confirmed that he is content to allow Southwark's decision to stand.

The new station is due to be completed by 2018.