Simon Hughes MP has urged the Boundary Commission for England to reconsider its plans to transfer Bishop's ward in Lambeth to the Bermondsey parliamentary constituency. 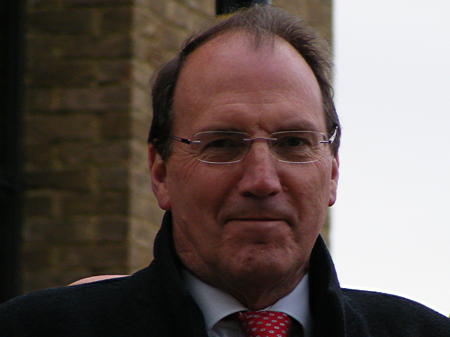 In September the commission published draft proposals to reduce the number of parliamentary seats and regularise the number of voters in each constituency.

As part of these proposals the commission suggested that Newington ward – part of Southwark borough – be transferred from Bermondsey & Old Southwark to the Camberwell & Peckham constituency.

At the same time Bishop's ward in Lambeth (currently represented by the MP for Vauxhall) would be added to the existing Bermondsey & Old Southwark seat to create a Bermondsey & Waterloo constituency.

Bishop's ward would remain in Lambeth for local government purposes but it would be represented in Parliament by an MP whose main concern is with Southwark.

"It would be preferable to keep things as they are," Simon Hughes told the Boundary Commission hearing at Wandsworth Town Hall on Tuesday.

"It is quite compatible with putting the jigsaw together both in my own borough and in Lambeth next door."

"Therefore I accept that it may not be possible to bring all of those communities together.

"The only advantage that the proposal has is that it does bring the whole of Waterloo together, with SE1 straddling the borough boundary from Southwark to Lambeth.

He pointed out that under the commission's proposals the number of electors in the Bermondsey constituency would fall from just over 77,000 using the current boundaries to just over 75,000 under the new boundaries. Both figures fall within the permissible range.

"There is a huge advantage in having all one's political dealings with one local authority," said Mr Hughes.

"I represent more council tenants than any other member of Parliament in England and therefore have a huge number of dealings with the local authority.

"I also have large City of London estates in my constituency so I already deal with one 'political' local authority plus another which owns a lot of property.

"To add a third local authority one would have to deal with across the range of issues, you have a hugely significant extra set of relationships to build up."

He continued: "It would by definition mean that one ninth of my work would be with one borough and and eight ninths would be with another borough.

"There isn't a huge logic in that. I think my colleagues would be in favour of having as much coterminosity with local authority boundaries as possible.

"A phrase used in some of the submissions is that if you have just one ward that's in a different local authority you have what's called an 'orphan ward'.

"I hope it wouldn't feel like that but clearly it would be in an anomalous position."

Mr Hughes also argued against Labour Party proposals to transfer Rotherhithe and Surrey Docks wards out of his constituency into a new Deptford seat.

"I would argue that all the current wards in the constituency form a natural cohesive community in the north of the borough. They have a commonality of the river as their boundary and have a natural affinity to the old boroughs of Bermondsey and Southwark which predated the existing borough."

In his closing remarks Mr Hughes urged the commission to reconsider its proposals for Lambeth: "It troubles me that the implications of these changes would mean that the borough of Lambeth is represented by six members of Parliament," he said.

"That seems to me not compatible with the best interrelationship between local government, central government and Parliament."

Vauxhall MP Kate Hoey also spoke at Tuesday's hearing but she confined her remarks to the impact of the proposed changes on Larkhall ward.

Earlier the hearing was addressed by Ted Inman, chief executive of the South Bank Employers' Group, which represents large companies and landowners in the triangle bounded by the river, Lambeth Road and Blackfriars Road.

SBEG's area spans the Lambeth-Southwark boundary and Mr Inman explained that the organisation's board had resolved unanimously to make representations to the commission.

"Both the current MPs have shown extraordinary commitment to this partnership, but our argument is about the principles of how boundaries are aligned, not based on the qualities of the incumbent MPs," he said.

"This combination of businesses, statutory authorities and elected representatives works extraordinarily well and has done for over 15 years.

"It has served to generate a consensus and an alignment across parties and across the boroughs, between all levels of government and across the residential community."

He continued: "Our concern is that the commission's initial proposals will disrupt the democratic alignment on which this beacon of neighbourhood-based collaboration is founded."

Mr Inman said that where a constituency includes such an uneven split between two local authorities, "the outcome is bound to be less than satisfactory, however conscientious the MP".

"This configuration ... we think is conducive neither to efficiency or democracy."

Last month Iain Tuckett of Coin Street Community Builders spoke at another Boundary Commission hearing to warn that Waterloo would be marginalised if the current proposals are implemented.