When Borough High Street falls silent at 11am on Remembrance Sunday, the assembled crowd will be aware that something is missing from the Borough War Memorial. 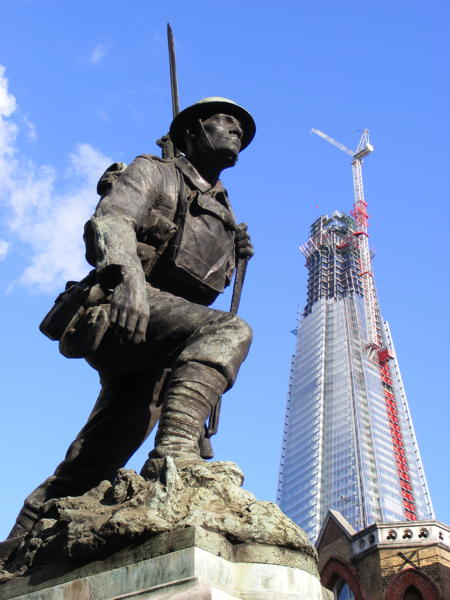 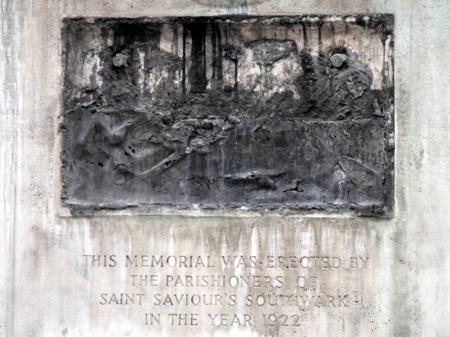 One of the bronze plaques on the side of the grade II listed memorial was damaged when it came loose from the plinth.

It is believed that night-time revellers sometimes climb on the memorial and parents have been seen allowing their children to clamber onto the structure.

A reader contacted the London SE1 website in early October fearing that the bronze relief had been stolen.

Enquiries by councillors and the Cathedrals ward Safer Neighbourhood Team led to the discovery of the missing plaque in the adjacent Slug and Lettuce where it had been taken for safe-keeping several months earlier.

"I was sad to learn that one of the plaques had fallen off the war memorial, and tried to get it put back before the Remembrance service," says Cllr Adele Morris (Liberal Democrat, Cathedrals ward).

"Unfortunately, the plaque is badly damaged and none of the specialist repair companies could fix it in time.

"I have asked the council to find out the cost of not just repairing the plaque but also to clean and restore the whole memorial, and we could perhaps look at using some of this year's Cleaner Greener Safer fund money to pay for it.

"The service will go ahead as usual this year, and as always all are welcome."

• The annual Remembrance Sunday wreath-laying at the Borough War Memorial is organised by local councillors and involves the Anglican congregation of St George the Martyr and the local Roman Catholic Church of the Precious Blood.