Mayor of London Boris Johnson has described himself as a "strong supporter" of the London Fire Brigade Museum just days before the Conservative-led fire authority is expected to approve proposals to shut it down. 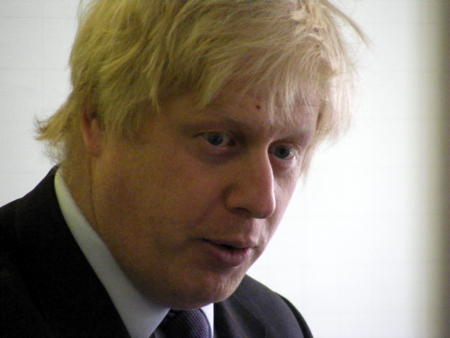 The Mayor was asked by Labour London Assembly member (and fire authority member) Navin Shah whether his vision for a combined 'blue light' museum of London's emergency services is now a "dead duck".

"I am a strong supporter of the London Fire Brigade Museum," replied Mr Johnson.

"I have been informed by the London Fire and Emergency Planning Authority that the current fire brigade museum will need to close when the training site is eventually sold but they have assured me that the collection will stay where it is until that time and then be placed in storage until a permanent home is found for the collection.

"I remain supportive of the idea of creating a blue light museum in the long-term. The responsible authorities (LFEPA, Metropolitan Police Authority and London Ambulance Service) are unable to pursue this aspiration at present because of the difficulty of raising sufficient set-up funds in the current economic climate."

The fire authority will meet on Thursday afternoon to consider budget proposals which include the closure of the museum on Southwark Bridge Road.

Mr Johnson's comments suggest that the collection will not be dispersed; this is at odds with the papers to be considered by the fire authority which say that the museum closure (on 1 April next year) "would generate savings from October 2013 once the 7,500 items in the collection have been disposed of to either other museums, the original owners or sold".

Trade unions have registered their concerns about the authority's plans for the Southwark training centre site.

"The museum is a great resource which provides good publicity for the brigade and generates income for the authority," says Charles Adje of the GMB union.

Last week Brian Coleman, chairman of LFEPA, complained that the blue light proposal has been scuppered by the Metropolitan Police which refuses to allow its infamous 'black museum' to be incorporated into the attraction.