A London Assembly debate on the safety of cycling in the capital - just days after the death of Ellie Carey half a mile from City Hall - was cancelled when Conservative members staged a walkout and left the meeting inquorate. 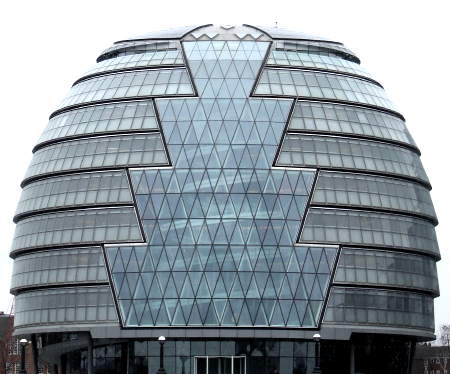 We reported earlier in the week that the the Green Party's Jenny Jones and Labour's Val Shawcross had put forward a motion calling on the Mayor and Transport for London to publish details of rejected proposals for road safety improvements at junctions where cyclists had died.

Liberal Democrat Assembly members were planning to support the motion and intended to table an amendment (with cross-party backing) which added an explicit reference to the Bermondsey junction where Ellie Carey was killed last week.

The Lib Dem amendment called on the Mayor of London Boris Johnson to "bring forward proposals to improve cycle safety at Bow roundabout, King's Cross and the junction of Tower Bridge Road and Abbey Street where recent cyclist fatalities have occurred".

The motion couldn't be debated at Wednesday's plenary session of the London Assembly because the Conservative group (and ex-BNP independent member Richard Barnbrook) walked out of the chamber and left the meeting inquorate.

It is the latest in a series of walkouts by Tory members who object to the tactical voting of the Labour, Lib Dem and Green groups which excludes Conservative AMs from serving as chairs or vice-chairs of City Hall committees.

In June a motion about cycle safety on Blackfriars Bridge could not be debated due to a similar walkout by Conservative Assembly members, even though cycle campaigners had attended the meeting specially to watch the debate.

"Their actions are an insult to every cyclist in London as well as the democratic process."

Conservative group leader James Cleverly hit back: "It is not true to say, and I utterly refute all suggestions, that we in some way walked out today because of a lack of regard for recent cycle deaths.

"All motions, including our own, were lost by this action. All the parties who have conspired to deny the Conservative group fair and equitable chairmanship of Assembly committees will have known that if they did so this time we would leave. But that did not stop them playing their games.

"Given this, you must ask them why, given our stance on representation, they chose to ignore the democratic will of Londoners in favour of their own narrow advantage and scuppered debate on all motions before the Assembly today."

Lambeth and Southwark's Labour London Assembly member Val Shawcross said: "The Mayor needs to get an urgent grip on safety on our roads. TfL and cycling campaigners have already named two junctions at the Elephant & Castle in Southwark as one of the most dangerous in London. It is vitally important that the Mayor pulls out all the stops to make dangerous junctions safer and potentially save lives.

"It is shocking that due to their actions we couldn't even debate this issue let alone vote for a review to take place.

"I welcome TfL's work to review the safety of some HGV types, but we should now be urgently looking at all other factors, like road layout and design."