One of the councillors who voted to refuse permission for the controversial Eileen House skyscraper near Elephant & Castle has spoken out after the Mayor of London 'took over' the planning application from Southwark Council. 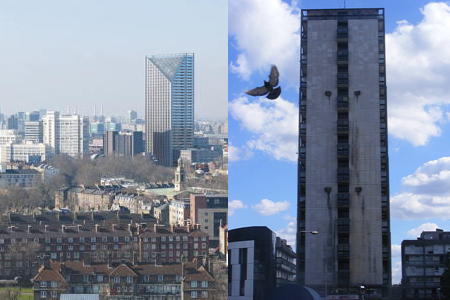 "I was saddened to read that big money appears to have stomped all over another aspect of representative democracy," wrote Cllr James Barber on his blog.

Cllr Barber, who is a Lib Dem councillor in East Dulwich, is a reserve member of Southwark's planning committee and was one of five councillors – three Lib Dem, two Labour – who two months ago voted to refuse planning permission for Oakmayne's 42-storey tower on the site of Eileen House in Newington Causeway.

The application aroused particular controversy because of its proximity to the Ministry of Sound which claims its club would be forced to shut down if new homes were built on the site.

Cllr Barber described Allies and Morrison's design for the tower as "the ugly younger brother" of Draper House, next to Strata at the top of Newington Butts.

"Southwark has surely had enough of such blocks to want to avoid having more built," he wrote.

"And I'm not a Luddite having voted to approve other better-designed super-tall buildings at other locations."

Cllr Barber also questions the Mayor of London's decision to invoke his little-used power to 'take over' the application from Southwark Council and make the final decision himself at City Hall.

"My hunch is that the developer has somehow encouraged this," he wrote.

"Whatever Boris decides it speaks volumes for his view of representative democracy. It also seems a strange scheme for the first time ever for these powers to be used by Boris against Southwark's residents."

No date has yet been set for the City Hall hearing where the Mayor will make the final decision.

Southwark's Liberal Democrat group has come under pressure over its councillors' role in the planning committee decision because the local and national party has received donations from the Ministry of Sound.

Local Lib Dems deny any impropriety and point out that the developer's advisors include former Southwark Labour councillors and ex-council officers.