Charles Dickens Primary School and Grange Primary School will each take an additional 15 pupils in their reception classes from September 2012, Southwark Council has announced. 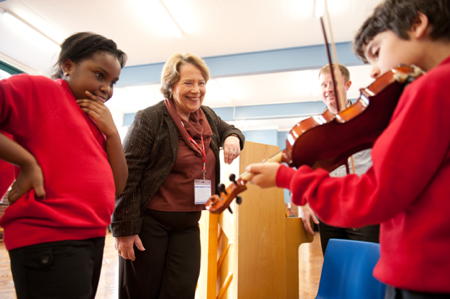 "The London Borough of Southwark has experienced an increase in demand for places," said the council on its Facebook page.

"This growth is forecast to continue and will require an increase to the number of reception places provided in Southwark's primary schools."

Seven schools across the borough will create places for an additional 105 pupils from this September, including 30 places in two SE1 schools.

Caroline Croft, chair of governors at the oversubscribed Charles Dickens Primary School, has written to parents to explain why the school has agreed to the council's request.

"This arrangement is initially just for children starting in 2012, but we are considering carefully whether to expand the school to 60 children per year for future years – this would need rebuilding and reorganisation from mixed-year classes to single year classes, so it is a big decision for the school to take with Southwark," she says.

The letter continues: "For the first year the extra children can be accommodated comfortably in the existing reception classrooms. We will need extra classrooms for 2013-2014 (when these children become year 1).

"These will be in temporary accommodation (on part of the area of the Lant Street playground which will be landscaped this summer), but the school has always had the redevelopment of the old school house and expansion to 2 form entry as a long term strategic goal.

"The school would be keen to secure funding from the local authority or Department for Education."

In addition to the 15 new places at Charles Dickens, Grange Primary School just off Tower Bridge Road will also expand its reception classes by 15 places.

As well as the 30 extra places at the two long-established primary schools, the Southwark Free School is also due to open in SE1 this September with two forms of up to 30 pupils..

"The whole school, both the staff and pupils, are inspired by a curriculum rich in the arts and we believe we offer an outstanding opportunity to our pupils," says headteacher Theresa de Quincey. "I'm really proud of what we have achieved and that once again we have received a prestigious external award confirming our excellent work in the arts."