Earlier this month the Mayor of Southwark visited Phoenix Primary School for the official opening of the renamed and rebuilt school. 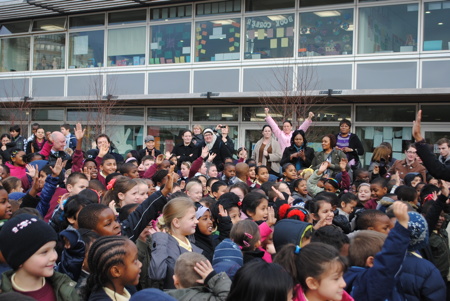 A brass ensemble and two choirs of pupils performed at the opening ceremony to mark the completion of the £9.7 million transformation of the former Eveline Lowe Primary School in Marlborough Grove, just off Old Kent Road.

The 1960s school building, which is grade II listed because of its unusual open-plan layout, has been refurbished and extended.

The project has allowed the school to consolidate its classrooms on one site on the eastern side of Marlborough Grove.

The planning application was approved in July 2008 and work finally began in autumn 2009.

Pupil intake has now increased from 45 to 60 in each year, bringing the total number of pupils at the school to 420.

"I have every confidence the school will go from strength to strength in its new facilities."