Labour and Lib Dem London mayoral candidates Ken Livingstone and Brian Paddick have called on Boris Johnson not to overturn Southwark Council's decision to refuse planning permission for the redevelopment of Eileen House at Elephant & Castle. 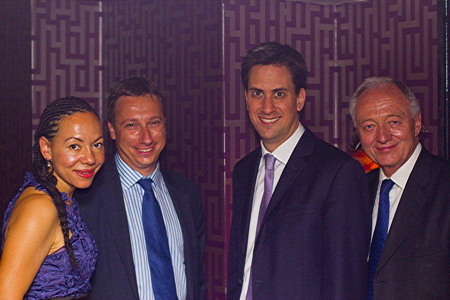 The former Mayor, who hopes to win back control of City Hall this year, has written to the Ministry of Sound to confirm his support for the club's campaign against Oakmayne's proposed development of 335 homes in a 41-storey tower on Newington Causeway.

The nightclub, whose Gaunt Street premises are opposite the development site, claims that it will be forced to shut down if new homes are built in such close proximity because incoming residents will object to the noise from music and clubbers.

Ministry of Sound's assertions are hotly contested by the developers – and by Southwark planning officers who recommended that permission be granted.

Southwark's planning committee was not convinced and voted to refuse Oakmayne's planning application last autumn but the Conservative Mayor of London, Boris Johnson, has chosen to 'take over' the application and make the final decision himself.

"I am writing to support your Save Our Club campaign," said Mr Livingstone in a letter to Lohan Presencer, chief executive of Ministry of Sound last week.

"I also oppose Boris Johnson's proposal to overrule Southwark Council's November 2011 decision to reject the application by the Monaco-based developer Christopher Allen of Oakmayne Properties to build a 41-storey residential tower block adjacent to your club.

"I support Southwark Council's original rejection of the application as it included no social housing or public amenity, and because of the likely impact of the noise from the Ministry of Sound on potential residents.

"Ministry of Sound is a great global success story. Its profile is good news for London and its vital music scene. Ministry of Sound is known the world over, and helps present a modern and exciting global image of our city, which is vital to attract tourism, business, and study in London.

"Above all, Londoners themselves value clubs like the Ministry of Sound as part of the city's richness of leisure and cultural choices."

Liberal Democrat mayoral candidate Brian Paddick said on Monday: "I support Ministry of Sound's campaign against the Mayor of London's intentions to authorise a planning application that would force Ministry of Sound to close."

He added: "Almost 32,000 people, including me, have already signed Ministry of Sound's petition asking Boris to save the club, I hope he listens to us and does the right thing for London."

Last week Boris Johnson confirmed that a public hearing on the Eileen House application will be held at City Hall on Monday 12 March.

Mr Presencer said: "Every time Boris has called in an application to date, he has overturned the original decision and granted permission, flying in the face of the choice of locally elected Londoners. If he does so again, he condemns Ministry of Sound to death.

"We want to know why the Mayor chose to get involved in this one case, out of the many thousands that are determined by local authorities without his intervention every year.

"It's no good saying you want to kick start the regeneration of Elephant & Castle, if you're kicking the most successful local business and employer in the teeth."