Shakespeare's Globe has received a gift of £1.5 million from an anonymous donor towards its £7 million appeal to complete the indoor Jacobean theatre alongside the replica of Bankside's famous open-air playhouse. 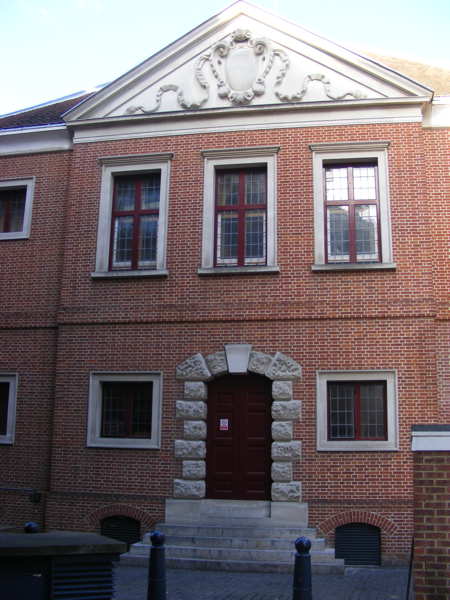 The donation enables the theatre to launch a matched giving scheme: for every pound raised by the Globe, it will be matched from the £1.5 million pool, bringing the fund-raising total to £4.5 million.

"We are delighted to announce the launch of our £1.5 million matched-giving scheme, to raise funds for our new indoor Jacobean theatre," says chief executive Neil Constable.

"Our wonderfully generous anonymous donor has given this money to enable us to complete the indoor theatre, but also by doubling donations we receive, we hope that this will encourage others to support this important project.

"Building starts in October at the end of the Globe's summer season, so we'd really like to rally the support of our audiences and supporters and ask everyone to get involved at whatever level to ensure works start on time."

The shell of the new theatre already exists on New Globe Walk but there is much work to do on the interior.

Shakespeare's Globe intends to open the 320-seater theatre in November 2013, enabling it to provide a year-round theatre programme to complement the summer season in the main playhouse.

"The indoor Jacobean theatre is another step towards realising what was in Sam's head," says Zoe Wanamaker, whose father Sam Wanamaker led the campaign to recreate the Globe on Bankside.

"It is a wonderful thing in this day and age to build a new theatre, a continuum in our culture, which perpetuates literature and art and performance, and encourages an exploration into the unfolding of British drama."

Designs for the Indoor Jacobean Theatre are based around a set of plans discovered in the 1960s in the collection of Worcester College Library in Oxford.

The designs show a small seventeenth-century indoor theatre with a U-shaped galleried auditorium embracing a platform stage. These plans, originally thought to be drawn by celebrated Renaissance architect Inigo Jones, though now thought to be by his protťgť John Webb, are the earliest plans for an English theatre in existence.