Shakespeare's Globe has announced that its new indoor Jacobean-style performance space will be named the Sam Wanamaker Theatre in honour of the founder of the project to recreate Shakespeare's playhouse on Bankside. 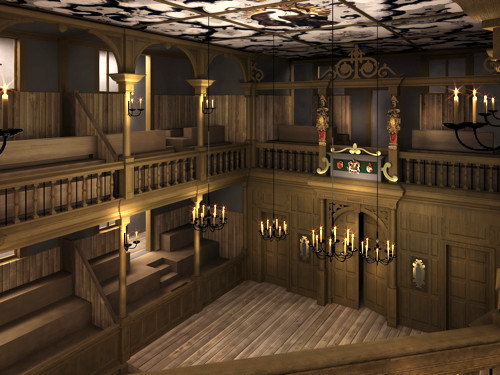 Computer-generated image of the new theatre by Allies and Morrison 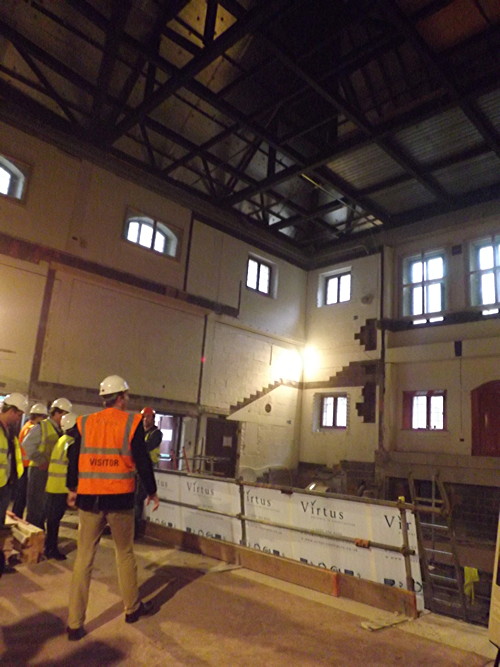 The Globe says it has raised about Ł6.5 million of the Ł7.5 million cost of the project to fit out the shell of the theatre which was built on New Globe Walk in the mid-1990s.

Plans for the space have been based on drawings discovered in the 1960s at Worcester College, Oxford. Initially thought to be the work of Inigo Jones but now attributed to his protege John Webb, the drawings have provided the basis for the design by local architects Allies and Morrison working with Peter McCurdy, the master craftsman who built the replica Globe itself.

The aim of the project is to create an indoor theatre that Shakespeare himself might recognise.

The new theatre, which will be lit with up to 100 candles, is due to open in January 2014. The indoor performance space will initially be used for theatre productions during the winter months when the main Globe space is closed. Musical recitals and spoken-word events will be held year-round.

"The Sam Wanamaker Theatre will allow the Globe to continue its experimental vision of going back to the future," said artistic director Dominic Dromgoole.

"Just as with the Globe itself, these unique playing conditions offer an opportunity to refresh our understanding of Jacobean theatre, and to provoke new visions for the future of how theatre can be made."

Shakespeare's Globe has launched a public appeal to raise the final Ł1 million for the project.

Allies and Morrison have also redesigned the Globe's foyer on New Globe Walk in a project due to be completed in time for the summer 2013 theatre season.