Cllr Anood Al-Samerai, leader of Southwark's Liberal Democrat group, has been censured by a standards committee for referring to confidential information at a council meeting in October 2010 - even though the information had been published widely. 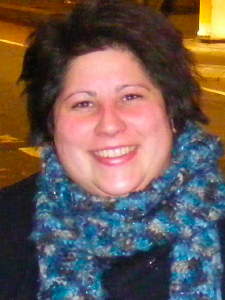 The sanction against Cllr Al-Samerai came after a lengthy and expensive independent investigation and a seven-hour hearing at the council's Tooley Street headquarters.

During the hearing it was claimed that Cllr Al-Samerai's decision to use the words "£26 million" could have led to the collapse of the whole Elephant & Castle regeneration project.

The argument centres on the regeneration agreement between the council and Lend Lease for the Heygate Estate site at Elephant & Castle which was approved in 2010 by the incoming Labour cabinet after years of negotiation during the previous Lib Dem-led administration.

Labour councillor Nick Dolezal tabled a complaint against Cllr Al-Samerai after she referred in a supplemental question to the council leader to information that Labour members and council officers insist was – and remains – confidential, even though it had been reported widely in local newspapers and on this website.

On 15 October 2010, at a council assembly meeting, the Lib Dem leader mentioned the figure of £26 million, which it is believed to be the cash payment that the council agreed to forgo in exchange for a contractual commitment to include a minimum of 25 per cent affordable housing in the redeveloped Heygate Estate at Elephant & Castle.

The £26 million figure was already in the public domain, having been mentioned in the press and again in the council chamber in July 2010 by two other councillors who have faced no complaint or sanction.

The council commissioned a report by investigating officer Richard Dix, a local government solicitor, and its findings were the subject of this week's hearing.

Cllr Al-Samerai's solicitor, Philip Goldenberg, successfully argued that Tuesday's hearing should be held in public rather than in private as planned. "Secret trials are the hallmark of dictatorships, not democracies," he said.

Ms Kelly gave most of her evidence in closed session but did say in public that "the number is only a partial truth because it is part of a broader and more complex deal".

Deborah Collins, the borough solicitor, insisted that the amount "was not properly in the public domain" and had been leaked to the press by "parties unknown".

Asked to substantiate her claim that there had been a leak, she said: "I cannot think of any other way in which that information got out."

On the possible consequences of the disclosure, Ms Collins said: "My greatest concern is that it would leave the council itself open to challenge. I think the developer [Lend Lease] would have been concerned. It could have put us in breach of our contractual obligations as a council."

Ms Collins said that Cllr Catherine Bowman's reference to the same amount of money at the July council meeting had "created a huge amount of political theatre" but had not resulted in any formal complaint.

Mr Goldenberg argued that Cllr Al-Samerai "did not widen the circle of disclosure" with her remarks in October, given that all the councillors in the chamber would already have been aware of the £26 million figure. "The information was clearly and repeatedly known to the public," he said. He also pointed out that the information had not been given to her in confidence; it had been raised in full council and in the press.

Cllr Catherine Bowman told the sub-committee: "If several different media outlets are talking about a figure and that figure is out and about in the land, it seems to me pointless to pretend that it is not. If it is on a website and in newspapers, it is not confidential."

Mr Dix argued that "the information is confidential because it was not properly in the public domain".

He added that "disclosure was not reasonable, was not in the public interest and was not in accordance with the council's requirements".

"From the council's point of view it was possible that the whole thing [the Lend Lease deal] could have been set aside," he said.

"I think on Balance the public interest is best served by maintaining that confidentiality."

After spending more than an hour considering its verdict the sub-committee decided that "on the Balance of probabilities" Cllr Al-Samerai had breached the code of conduct by referring to the £26 million figure on 20 October 2010.

She was cleared of a second allegation that she had failed to take proper account of officers' advice.

Before the committee retired to consider possible sanctions, Jonathan Goolden, for Mr Dix, pressed for measures "towards the higher end" of the scale to be taken against Cllr Al-Samerai, taking into account the alleged threat to the Lend Lease deal and to act as a deterrent to other councillors.

"Although Lend Lease did not walk away from this deal as a result ... they could have done so with the consequence of the effective death of the scheme," he said.

"[Mr Dix] regards this matter as a serious breach of the code with serious potential consequences."

Mr Goldenberg, in mitigation, noted that there had been "no adverse results" of Cllr Al-Samerai's decision to speak out.

After a further period of consideration, the sub-committee ruled that Cllr Al-Samerai should be "censured and reminded of her responsibilities in relation to confidential information".

Mr Goldenberg estimates that the the cost of the investigation and hearing could be as high as £50,000.

Speaking after the hearing, Cllr Al-Samerai said: "My job, as the leader of the opposition on Southwark Council, is to stand up for local people and ask the difficult questions of the Labour leadership to ensure that taxpayers' money is protected and spent responsibly."

She added: "The redevelopment of the Elephant is one of the biggest opportunities for Southwark in a generation and the council only has one chance to get it right.

"The Labour administration failed to negotiate the best deal in terms of affordable housing provision and financial return for the people of Southwark and I stand by my actions to raise residents' concerns and push the council for answers.

"Rather than explain to residents what they are doing, Labour have tried to gag elected councillors to ensure that no one is allowed to talk about the deal. To punish the leader of the opposition is as desperate as the actions of Vladimir Putin. This censure is the price that I am willing to pay for standing up for local residents and for speaking out when Labour makes a mistake."

A council spokesman denied that Cllr Al-Samerai had been gagged.

"Developers need to be confident that they can work in partnership with the council without commercially confidential information making its way into the public domain," he said.

"We hope the committee's decision will stand as a warning to all councillors of the importance of maintaining high standards of conduct in public life so they can serve the people of Southwark to the very best of their ability."

"She put out misleading information that potentially jeopardised one of the borough's most important regeneration schemes – the Elephant & Castle."

"Despite what she says, Cllr Al-Samerai is not a martyr. She is a self-serving Lib Dem who has selectively leaked information that is in her party's interest alone. She is clearly an increasing liability to the Southwark Lib Dems and those around her must surely be beginning to question whether she is the right person to lead them in the future."