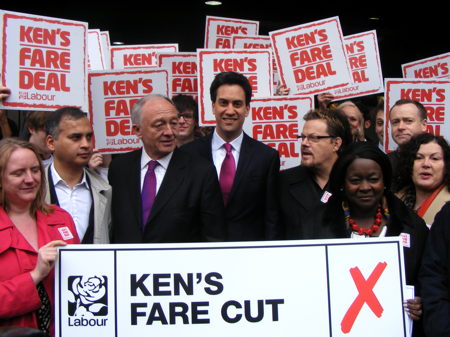 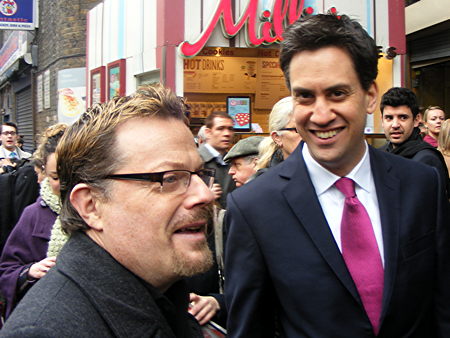 The trio was flanked by Labour London Assembly members – including Lambeth and Southwark's Val Shawcross AM – and Southwark Council leader Peter John.

In addition to his proposed cut to public transport fares announced in January, Mr Livingstone has promised to restore sergeants to every Safer Neighbourhood police team in London, establish a pan-London not-for-profit lettings agency to reduce rents and provide secure tenancies and work to reduce electricity and gas prices for Londoners.

"My key pledges will help millions of Londoners from the commuters who are being hit by Boris Johnson's bus, tube and train fare increases, to the families struggling with the cost of childcare, to the young people who can't afford to stay on in college," said Ken Livingstone.

Val Shawcross AM, who will become deputy mayor if Mr Livingstone is returned to City Hall, said: "The Tory candidate's policies are unwieldy list of vague ideas dressed up as new policies, but fail miserably to deal with the reality of Londoners' lives in very difficult times.

"By contrast Ken's commitments are clear, sharp, and focused on how Londoners live. Only Ken Livingstone as Mayor will put Londoners first."