Two warehouse buildings at the junction of Lancaster Street and Library Street - formerly occupied by the Colorama photographic firm - could be demolished if plans for a new development of 39 homes are approved by Southwark Council. 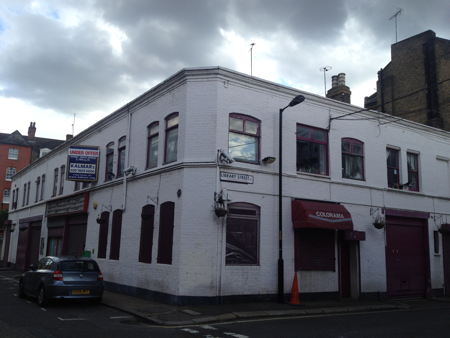 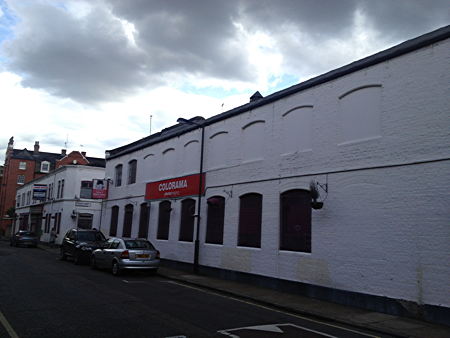 The twin two-storey warehouses, which are currently occupied by squatters who run a cinema programme at the site, form part of the fast-disappearing industrial character of this part of North Southwark.

Lancaster Street Properties has applied to Southwark Council for permission to knock down the two buildings and construct two new buildings up to five storeys in height. The new scheme has been designed by local firm Alan Camp Architects.

In 2007 a council appraisal of the area between Union Street and Borough Road recommended that the Colorama buildings should be given 'locally listed' status by inclusion on a future register of buildings of local architectural or historic interest.

"Consideration should be given to preserving these buildings as they contribute to the character and appearance of the Lancaster Street precinct," said the character area appraisal.

The application for the Colorama site comes just weeks after Borough & Bankside Community Council vetoed the demolition of a warehouse complex just 250 yards to to the north east in Glasshill Street.

Southwark's main planning committee has also recently approved the creation of a new conservation area around Valentine Place – 300 metres from the Colorama buildings – to prevent the demolition of another warehouse of a similar scale.

Now an online petition has been launched to urge the council to block the demolition of the Lancaster Street buildings.